This installation presents an indefinite place, recreated with elements taken from the reality and objects invented that belong to “another reality”.
Filmed footage shows men fishing in a deep dark night. In parallel, two voices in “off” talk about their situation of confinement on an island where they can’t see or touch the sea, just listen to it. They (the voices) compare the fate of those men who launch their fishing lines to the neighbors’ on the opposite island. The island of Cocos, whose inhabitants, citizen coconuts cannot access the water because of large sand dunes and royal palms. They must wait for the passage of a hurricane to leave the island and, once in the sea, they become fishes. The two voices in “off” imagine solutions to escape too.

A sea of ​​still wet red mud dries in front of the video. In a corner, a frozen water melts in a bottle. On its label are drawn two talking coconuts. A little further, a fan prevents a lure from reaching its target. Elsewhere, a coconut has been metamorphosed into bronze fish. A mud-soaked cloth rests in front of an open window and two stools are arranged in space, one occupied by a handle and the other placed at the disposal of the viewer. 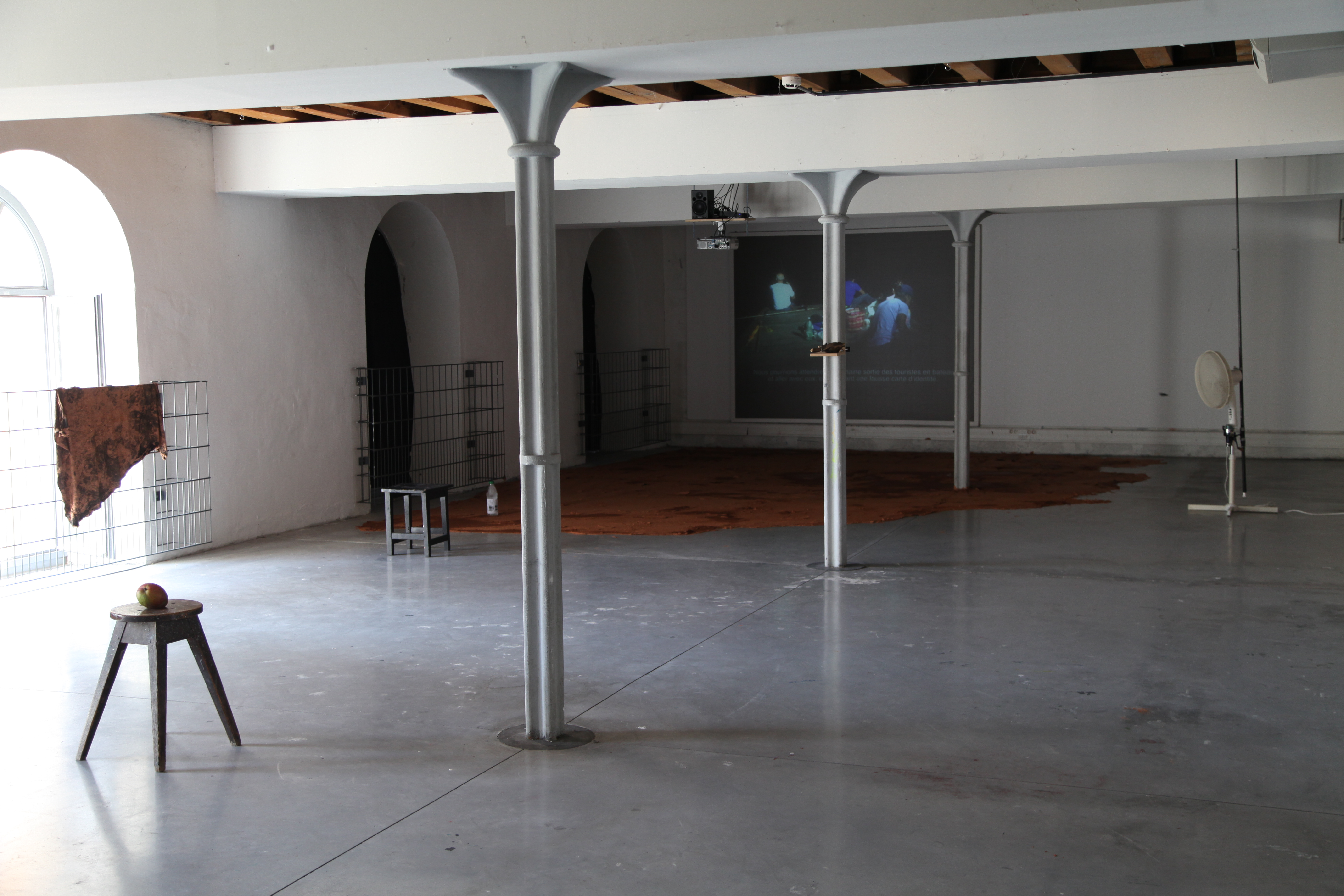 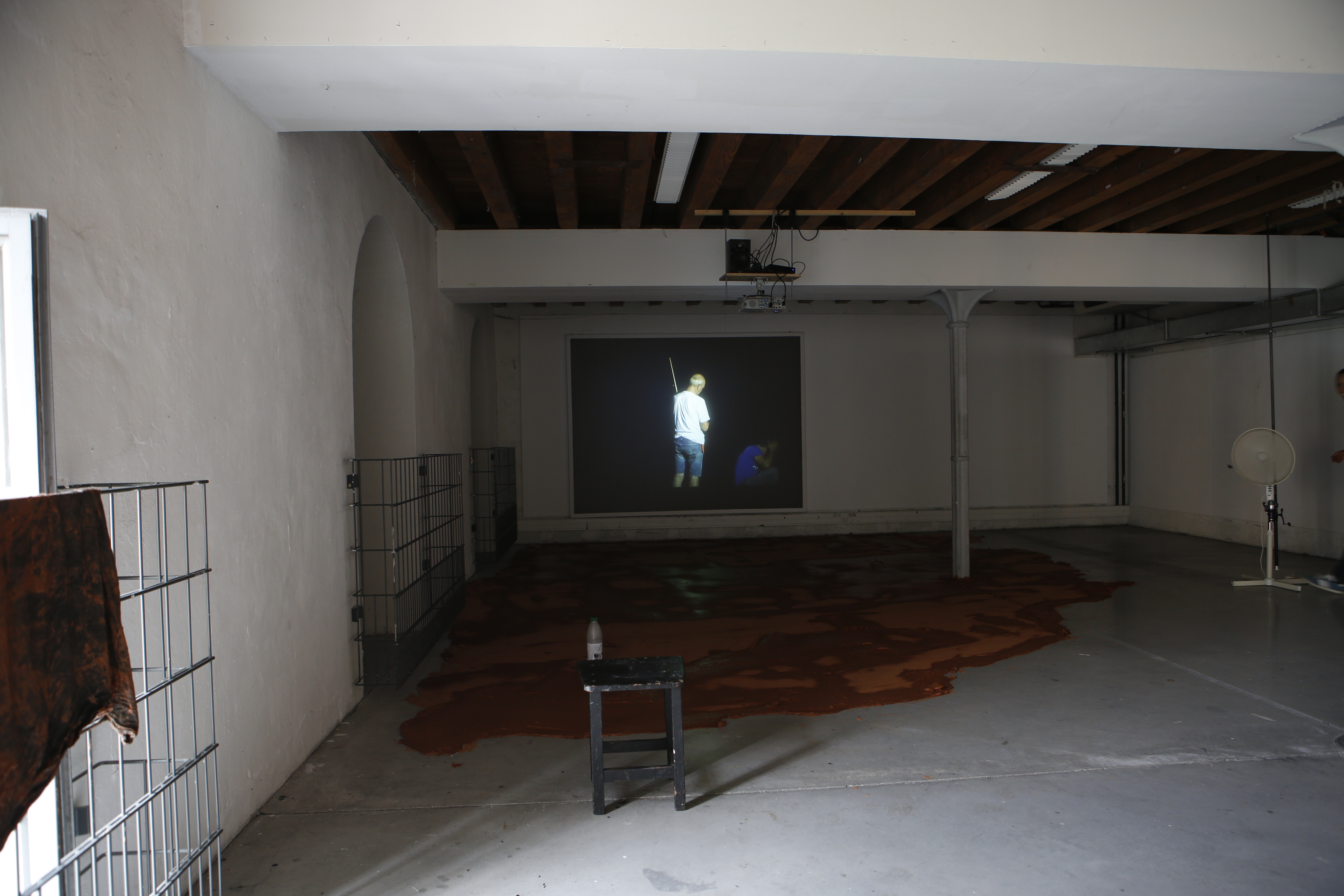 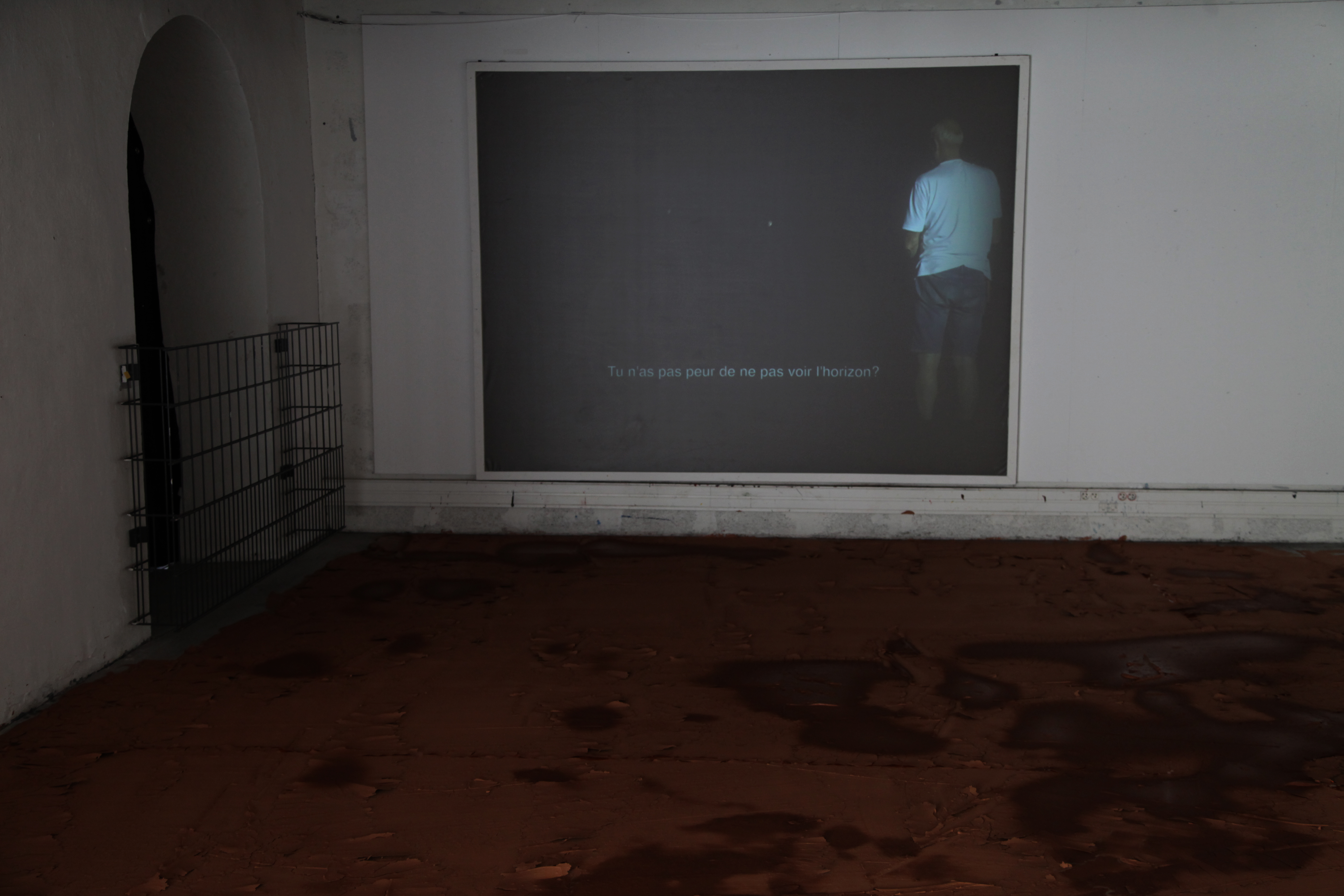 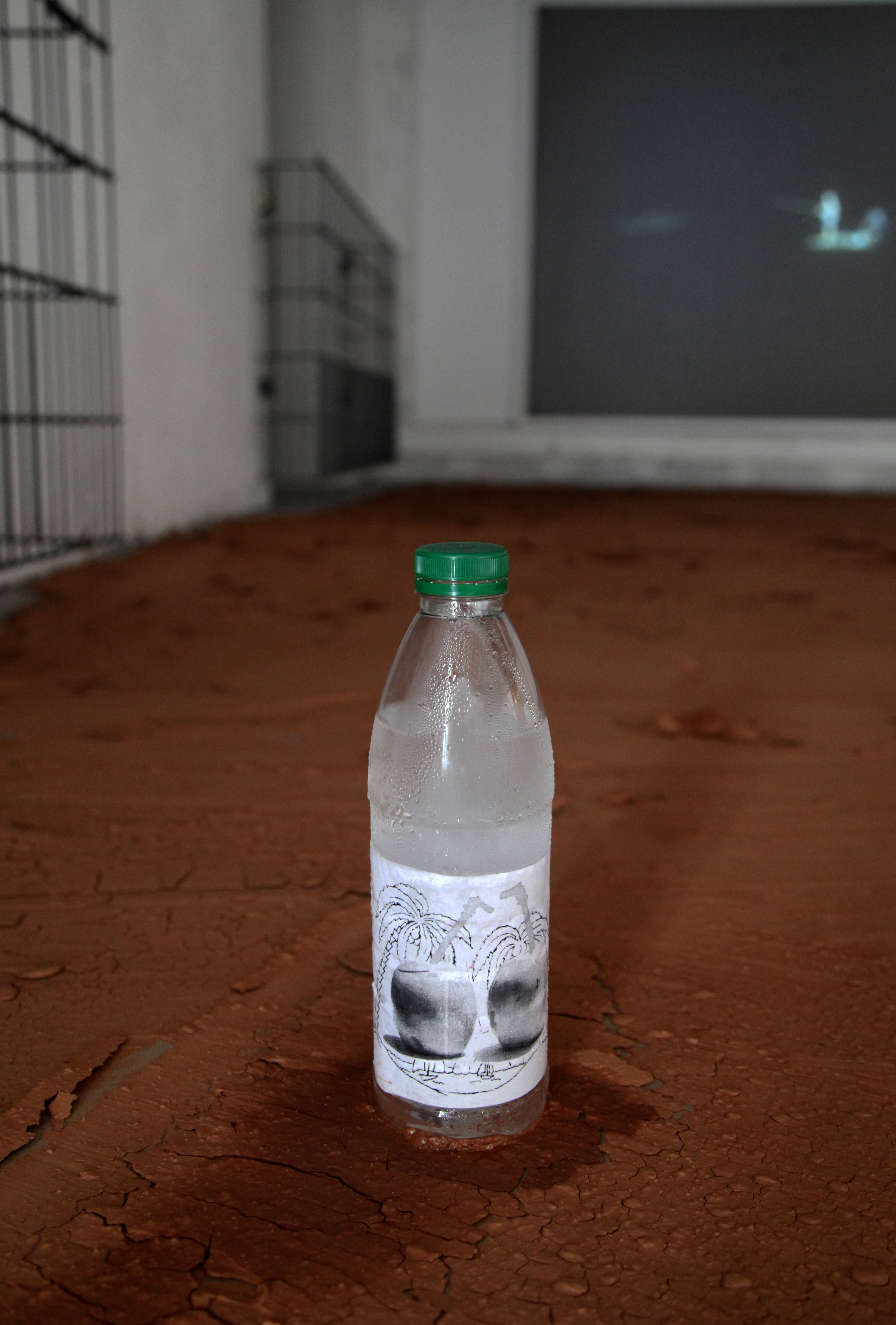 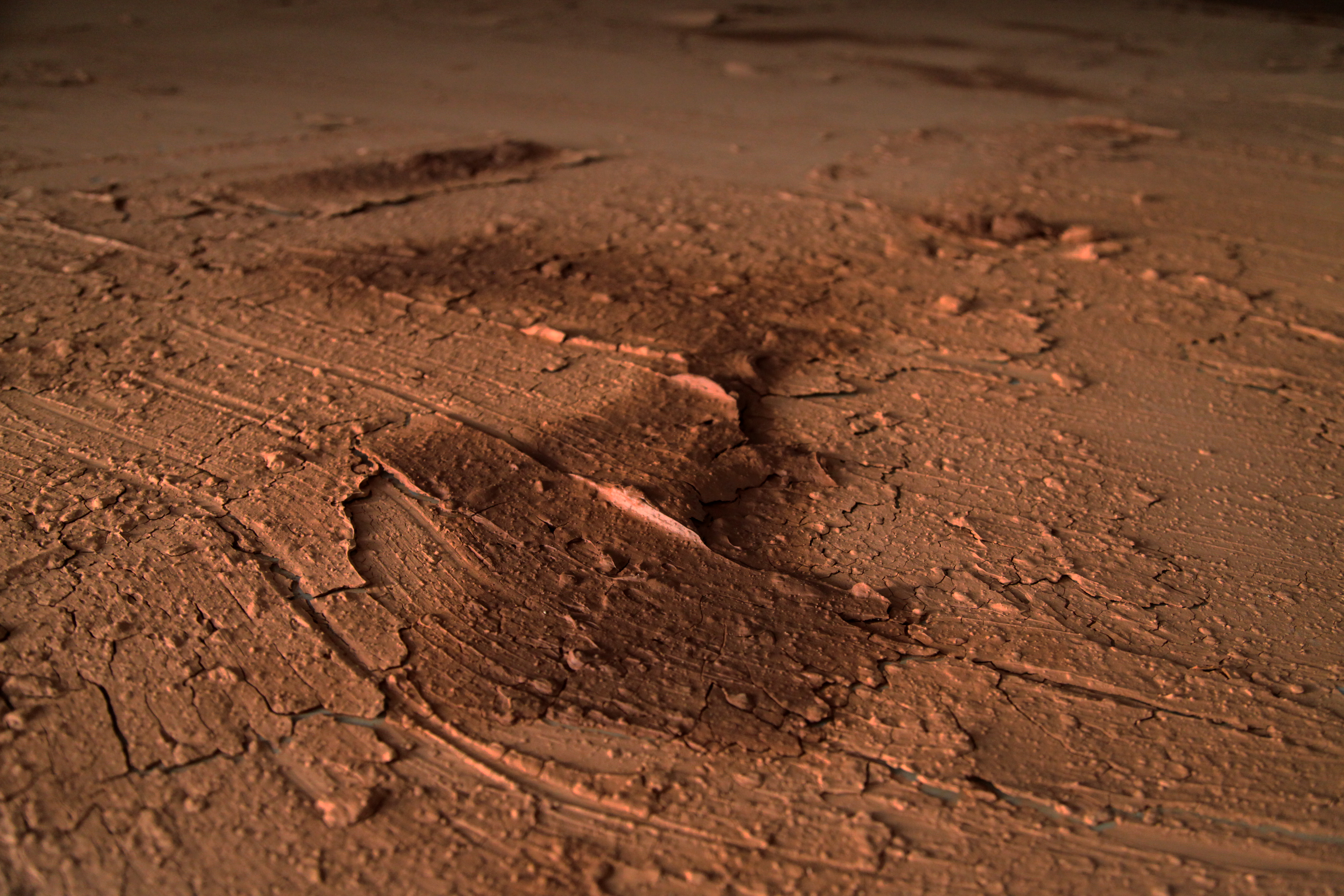 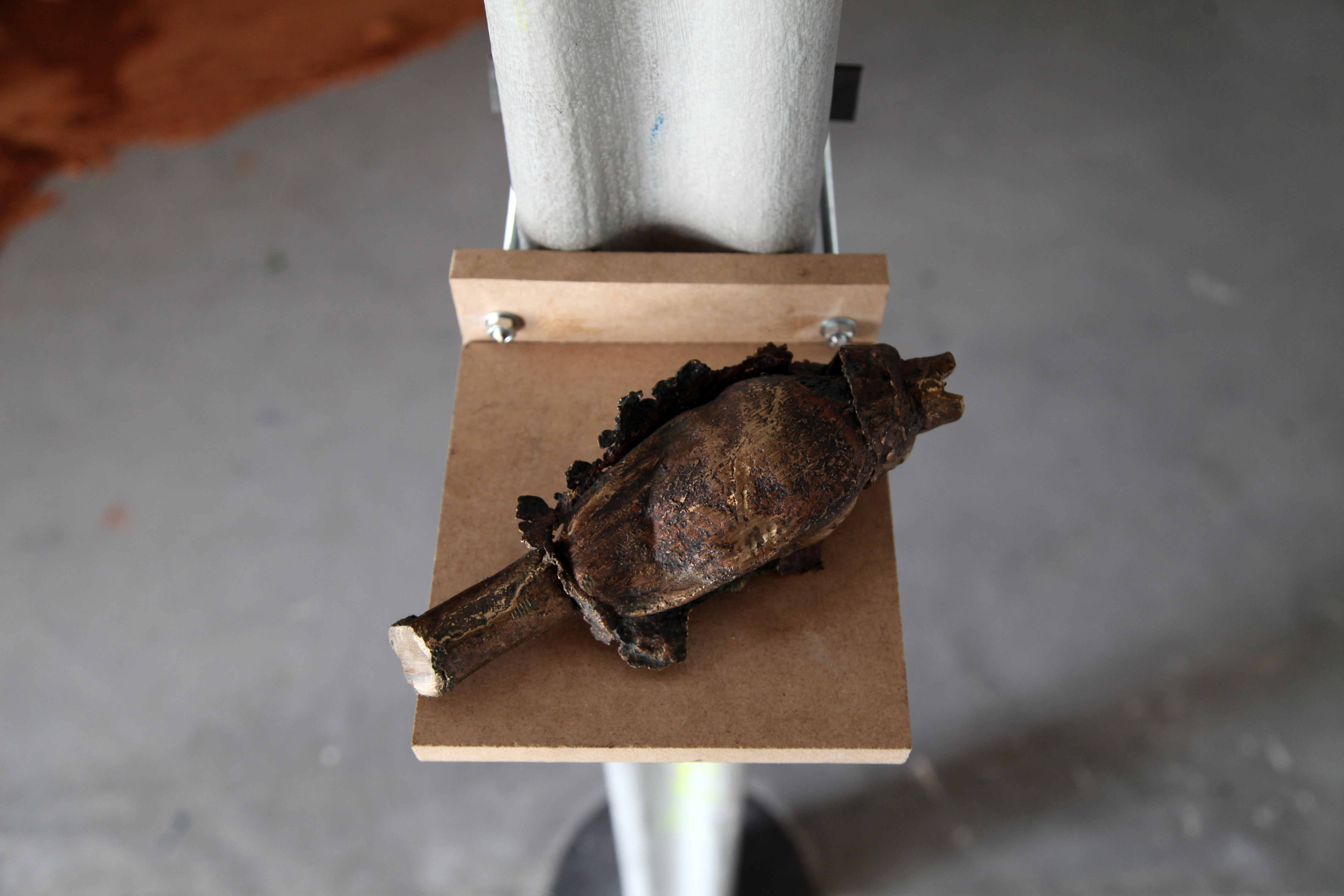 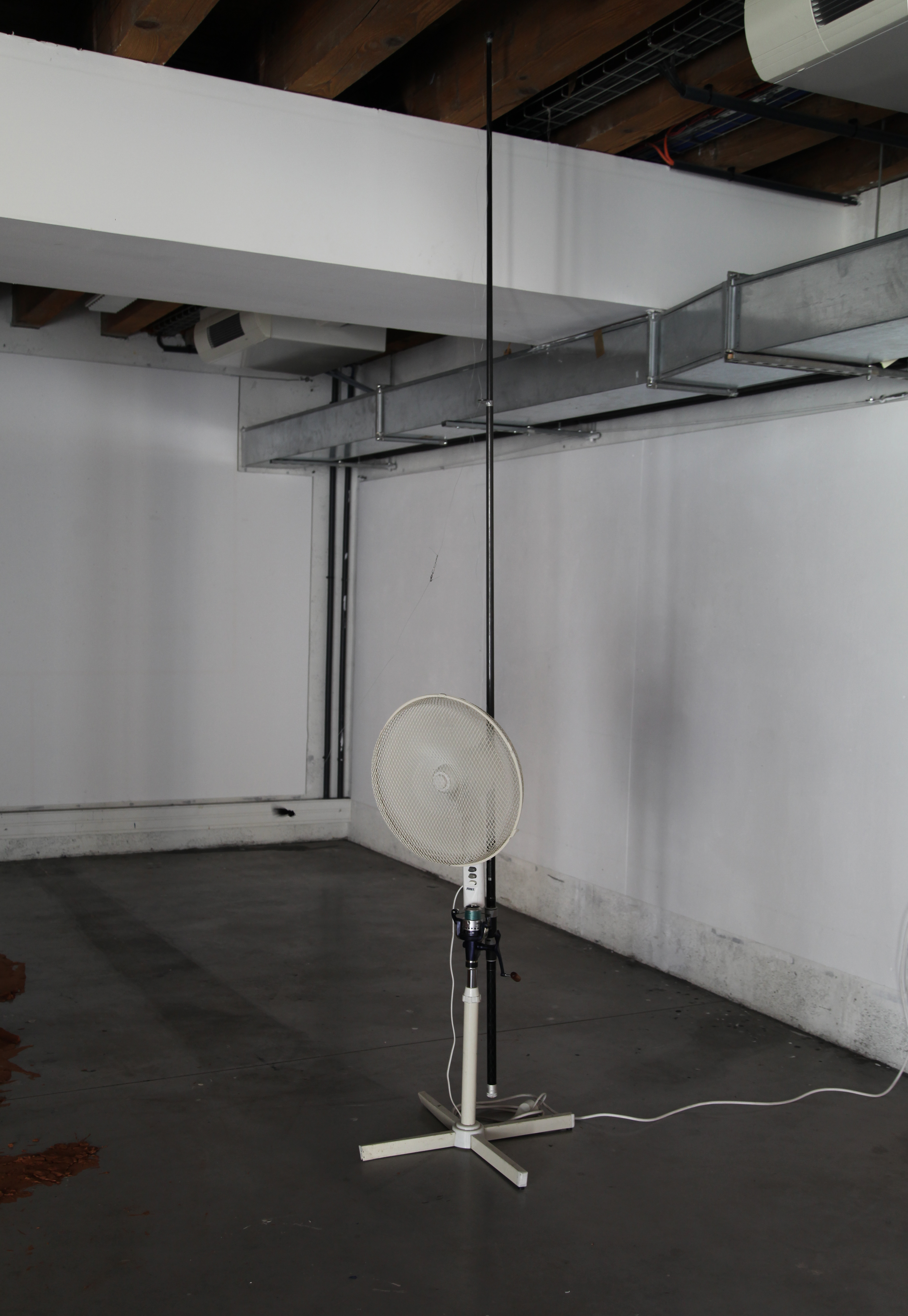 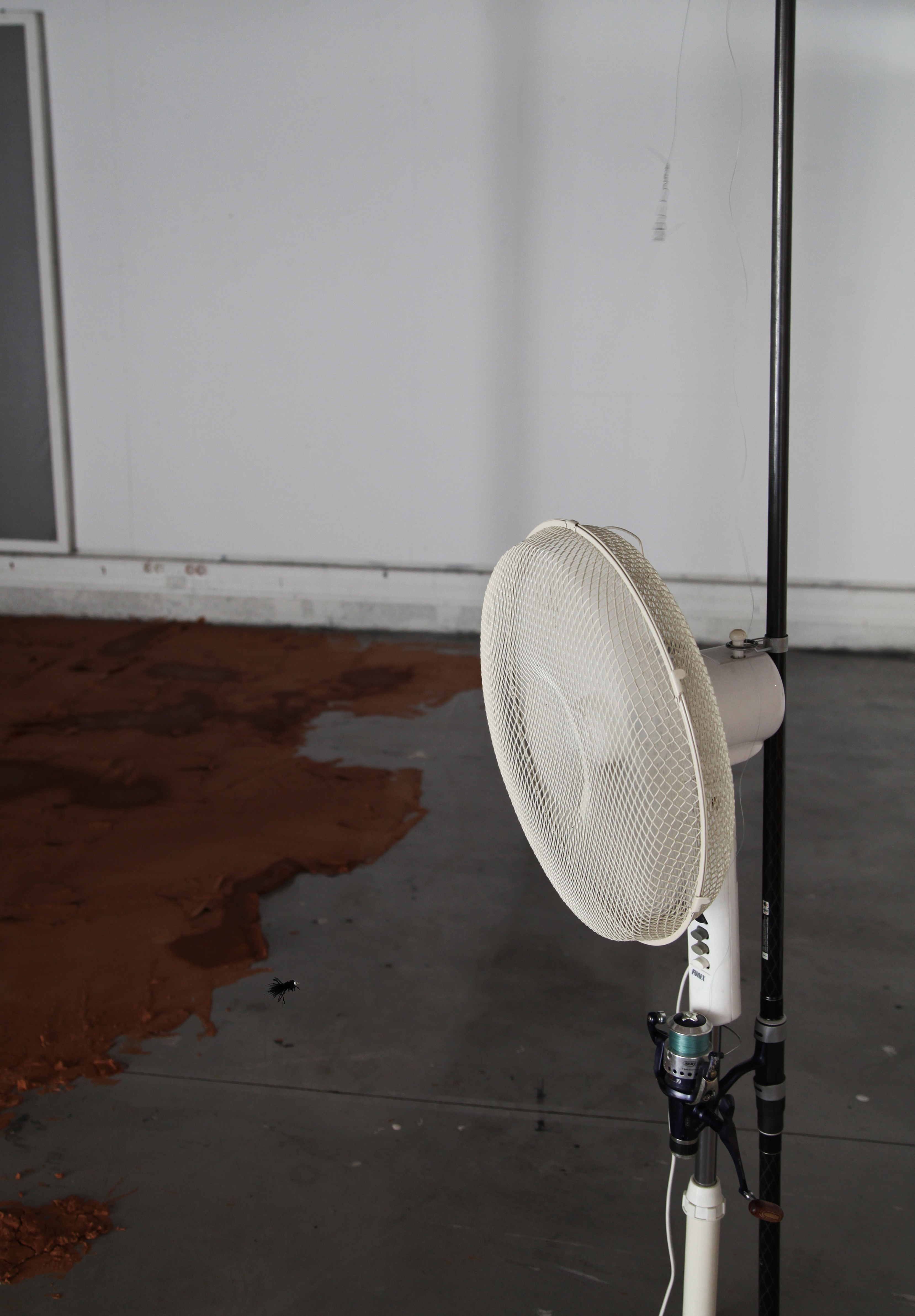 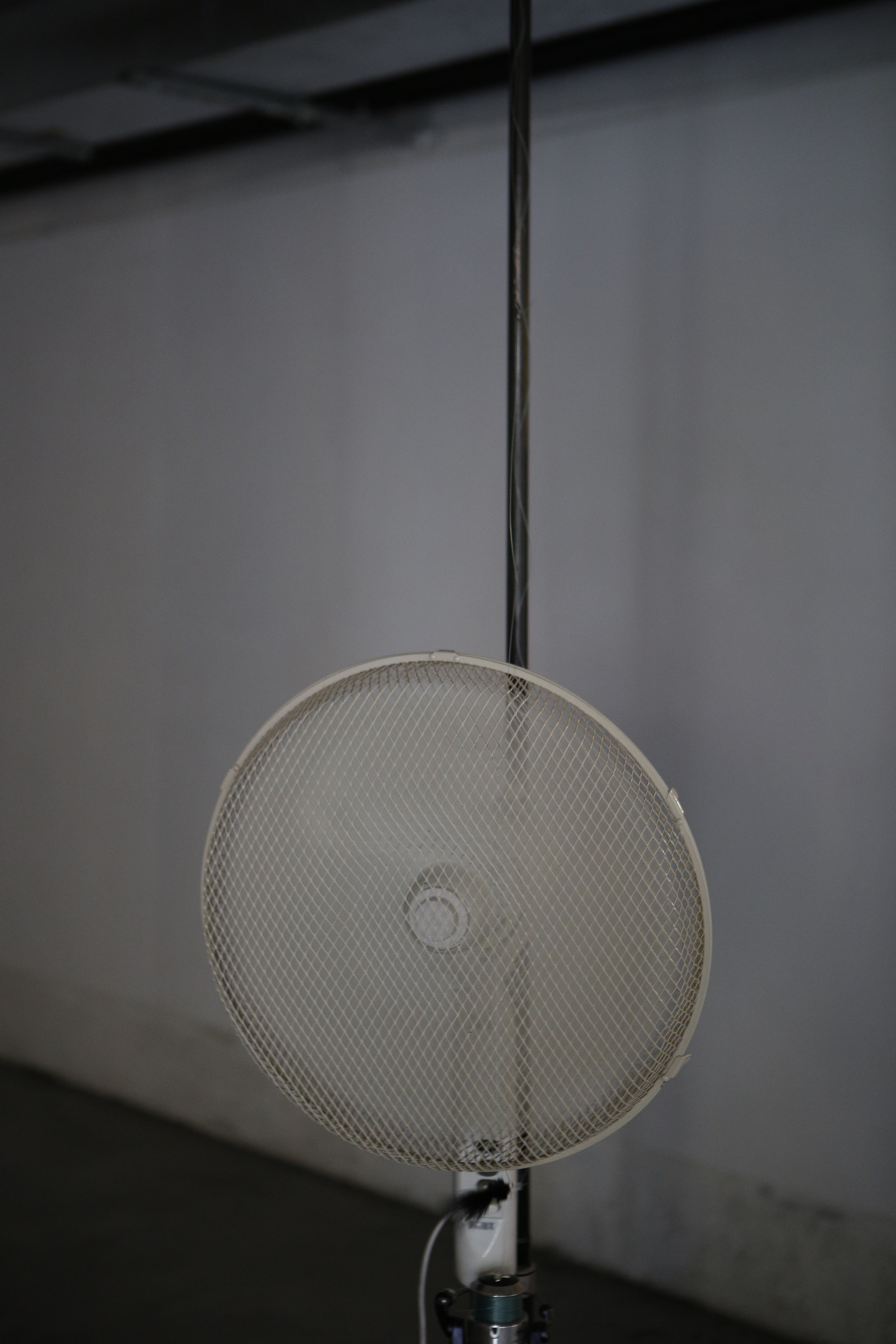 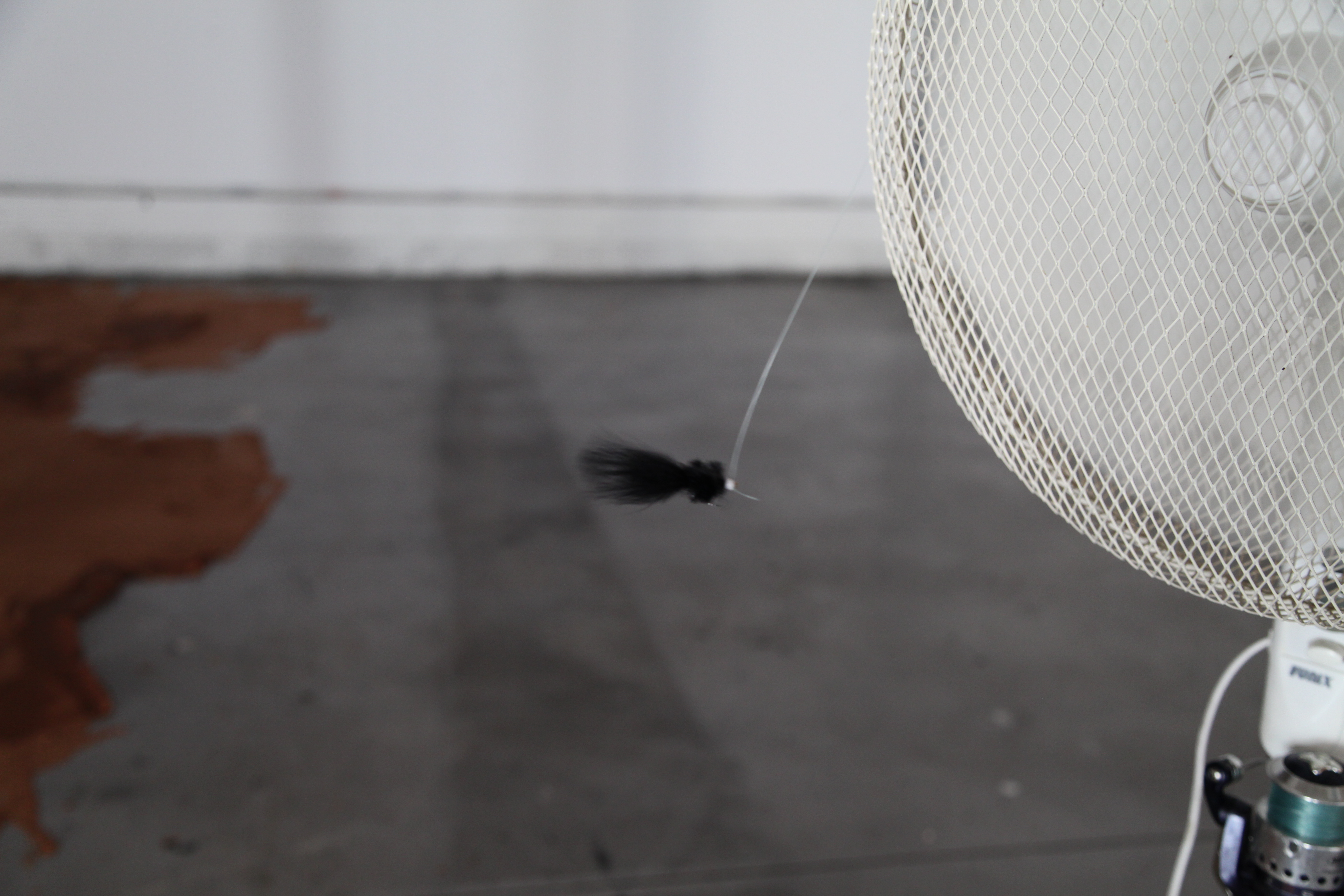 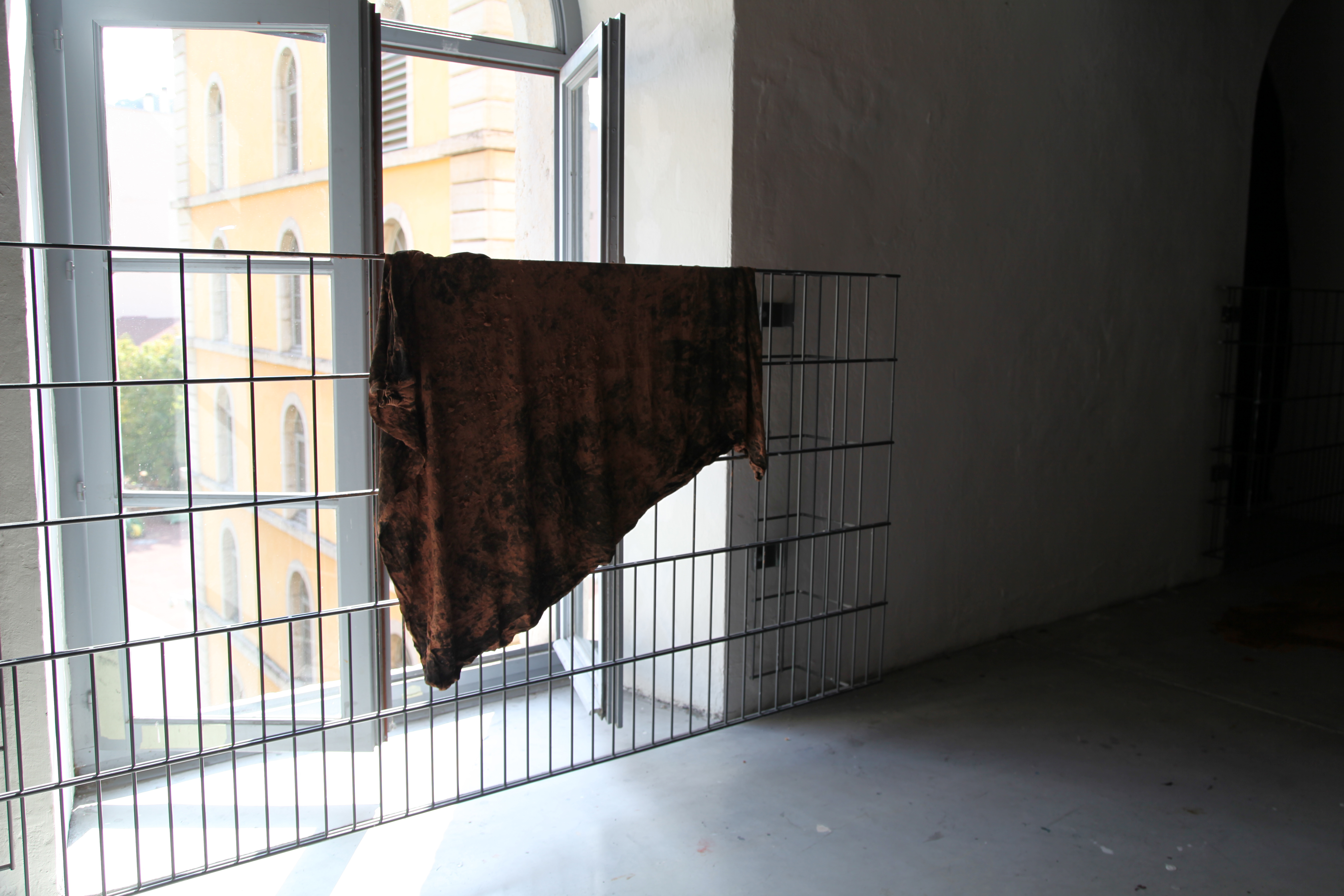 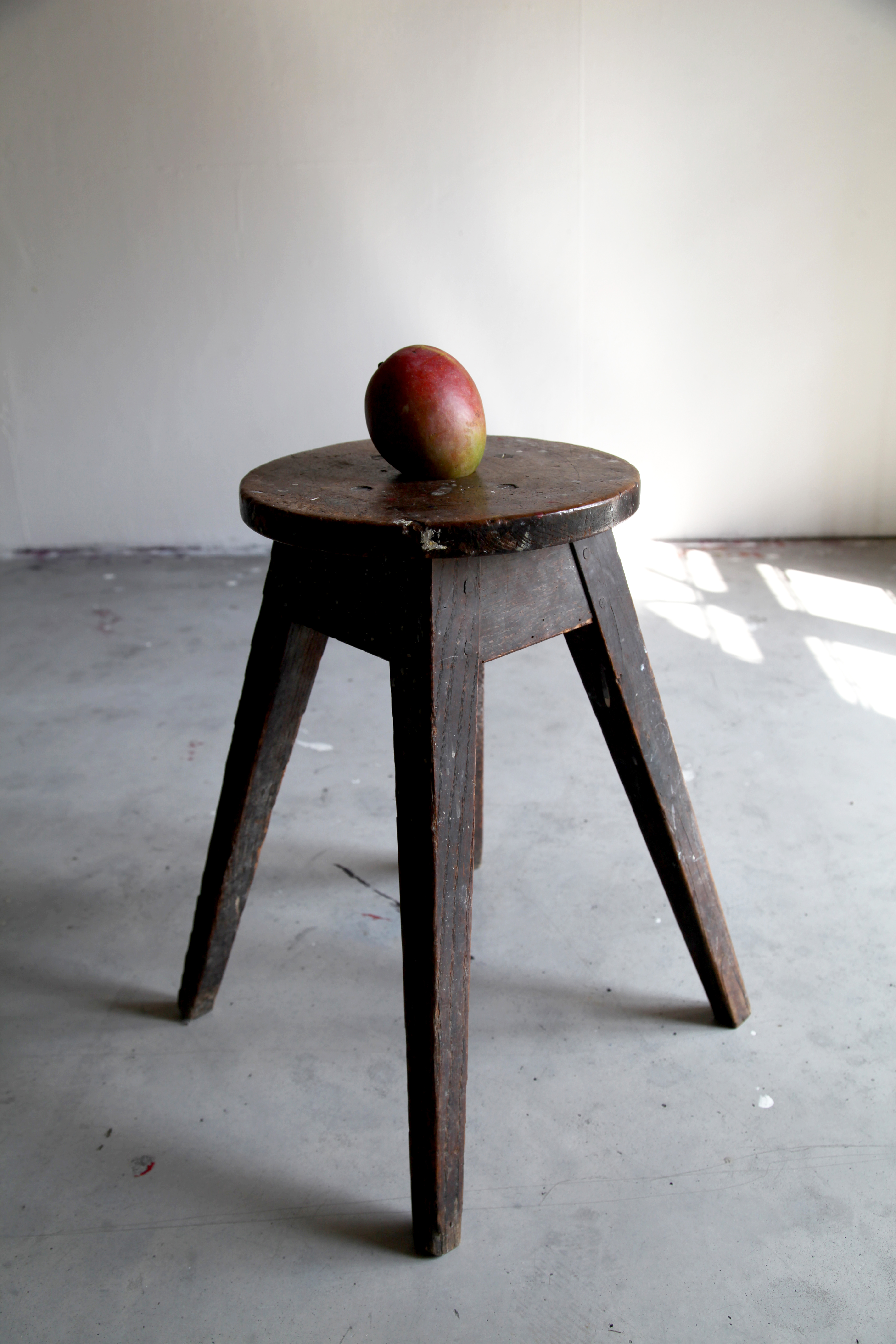