This was an island protected and enclosed between hills of fine white sand and coconut trees, which avoided its inhabitants, coconuts, to access the water. Only the old people had known the sea in the past and due to the time elapsed since then, speculations began to run about its existence and some jobs like sailors, fishermen and collectors of shells among others.

The coconut tree was the national tree of the small and isolated nation. Majestic, green and firm. This tree did not inspire much confidence for some coconut-citizens.
In recent years there was a warm-up on the outside, which naturally entered the island with great force, making it pass quickly between sand mountains and coconut trees. Knocking down some of these, and scattering a cloud of sand and confusion into the environment.

In the neighborhood Low-Cocotero, there were coco-citizens disappeared at different periods of time, a very strange thing in the island. They were last seen before the passage of the first hurricane, making difficult to look for provisions like milk, food, newspapers, etc. The new was never given on coco-TV and some coconut-citizens did not want to share certain coco-information. However, the neighbors of Low-Cocotero, thought that the lost coco-citizens were victims of an environmental abduction and maybe they could be in the water outside the limits of cocal territory.

The coconut-citizens were led by their leader Coconut Face, a model president with lot of charisma and sure of himself, who swore to do the best he could for the welfare of the nation.

After different hurricanes, naturally sent by the climate enemy, young coconut-citizens increasingly attracted by the theory of being able to transport themselves with the wind, as they did when leaving the coconut tree by the force of gravity, they began to wonder if it was really possible to cross these immense mountains of sand to see the immensity of the outside. With great fear they managed to gather and exchange legends, to remember stories told by their ancestors, who had once known foreign lands. Diverse stories, full of anecdotes loaded with fantasies and colorful hopes. 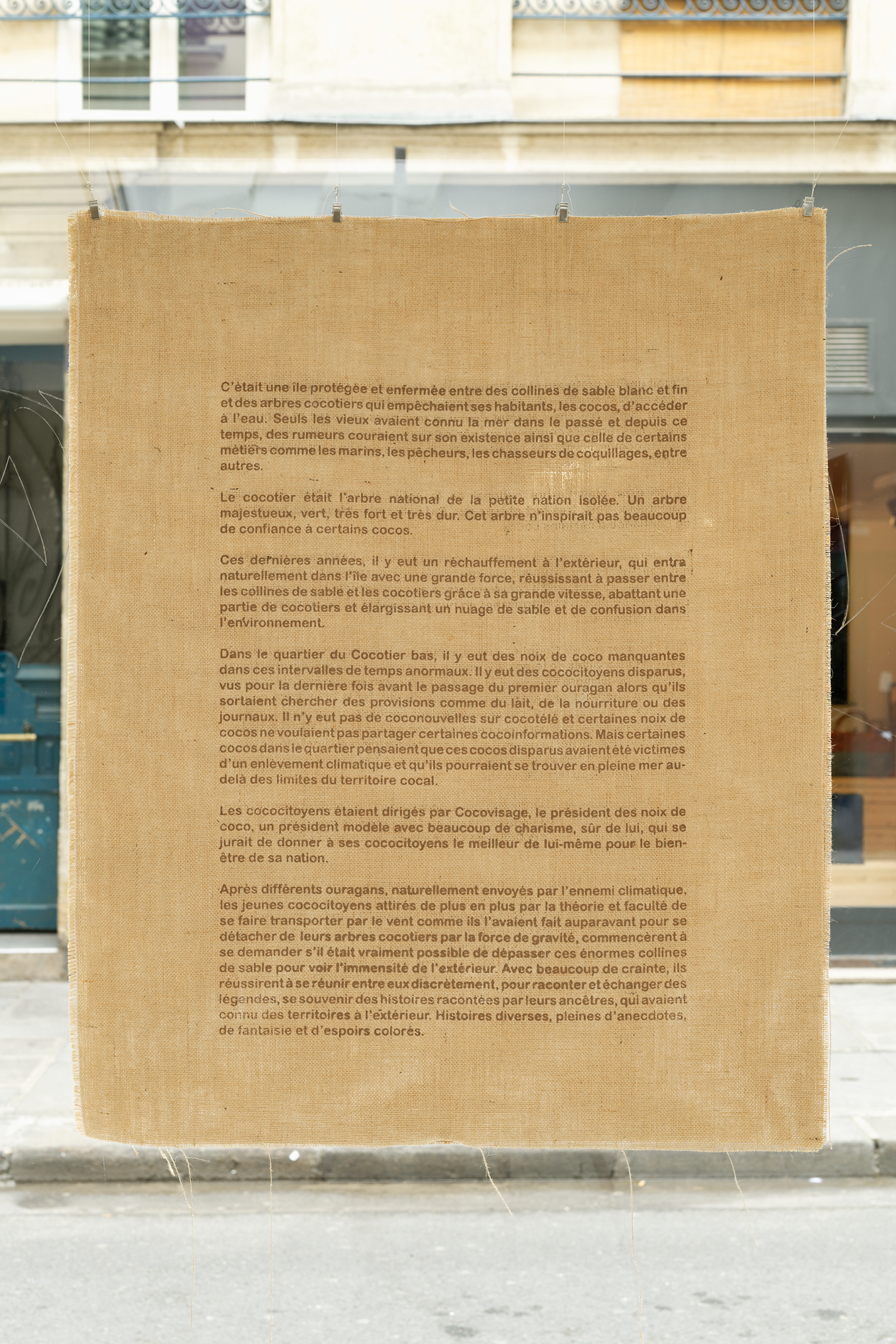 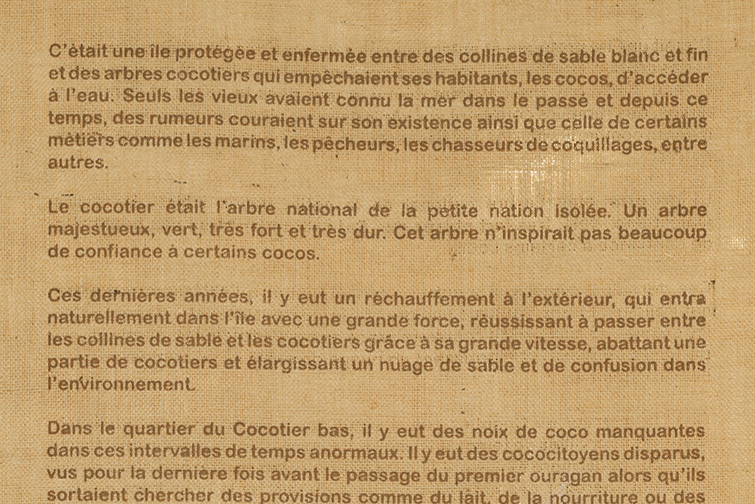