Two bookcases face each other. One looks rustic, made of iron, metal and wood. The other seems to be industrially made, with a more standardized design. In each one, books are lined up: we can see their spines, anonymous in the classification. Only the broken paper on the floor, in the space between the furnitures, disturbs the domestic quietude. The identification of this first discordant element leads to wonder about the other elements in similar condition. Why are these two bookcases arranged in this way, seeming to reflect each other rather than to induce the consultation of the books? Where starts the impression that the books are not real, looking thicker and more compact than usual? Really, “Biblioteca de abuelos (Grandparents’ Library)” is an installation made from cero by Jenny Feal. The furnitures, and also the books, made of raw ceramics and not paper, reproduce in every detail two libraries that the artist has known and cherished:  because they belong to her two grandfathers. From Cuban origin, the artist tells the story of her family, politically involved in the revolution on both sides, but whose paths and ideologies have changed. Between both libraries, the first experienced in real life, the second known through epistolary exchanges, certain editions echo each other. By engaging in the embodied process of recreating them piece by piece, but also tearing up certain works, the artist turns the gesture of artistic creation into a way to inscribe the transmission of history in general, and the history of a country and a family in particular, as close to the body as possible – reminding us how futile can be to entrust memory to paper, which is always threatened by annihilation. 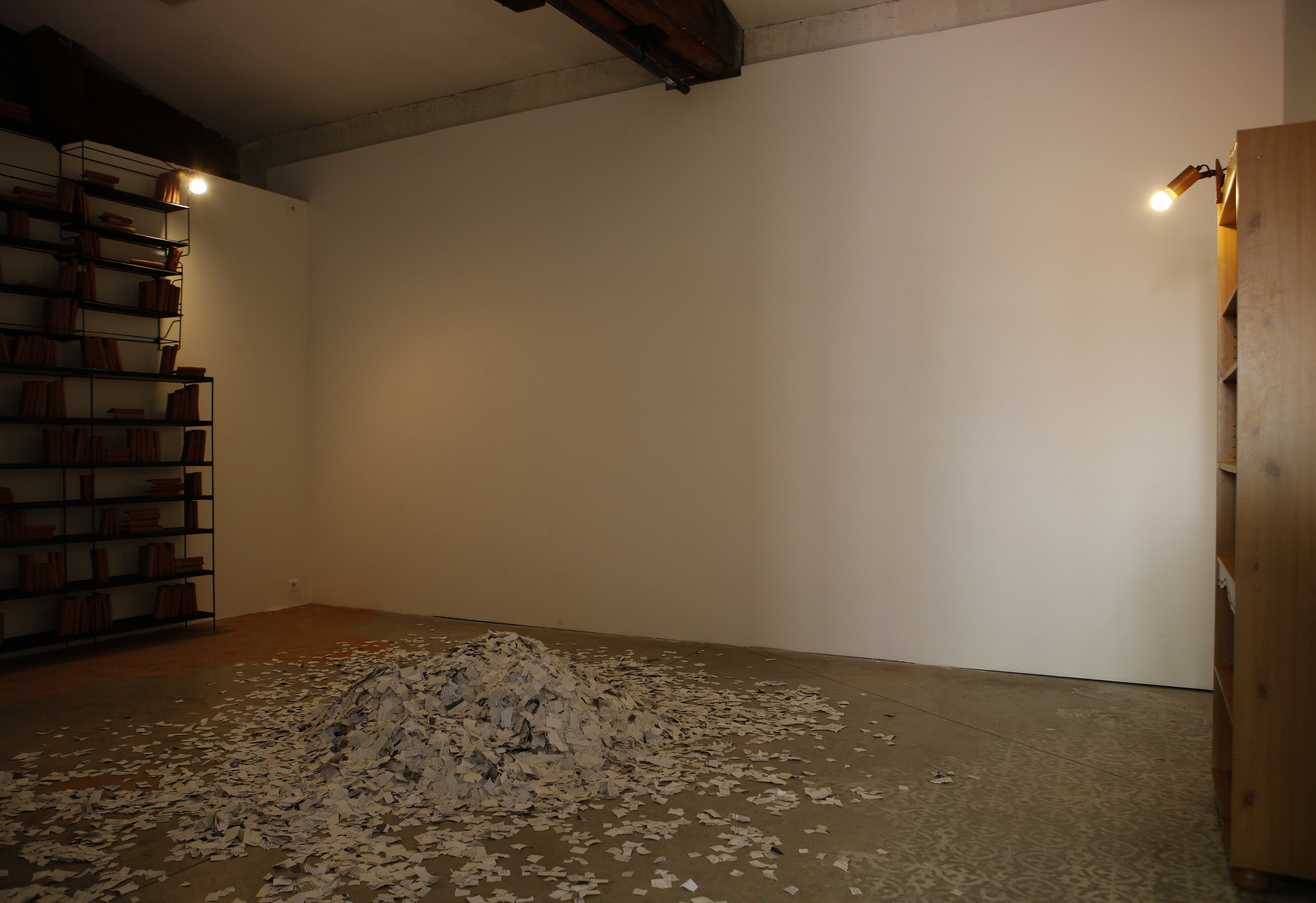 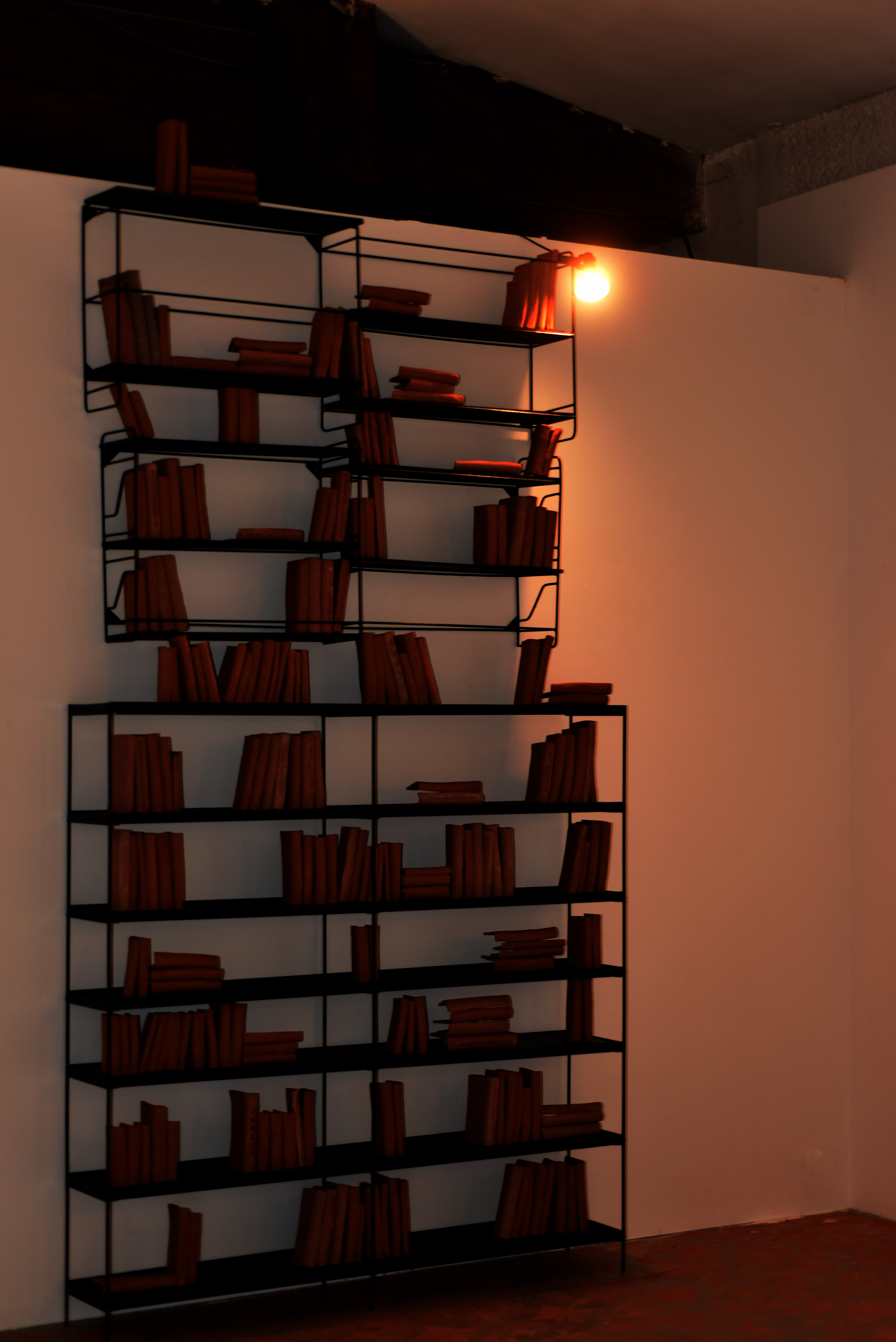 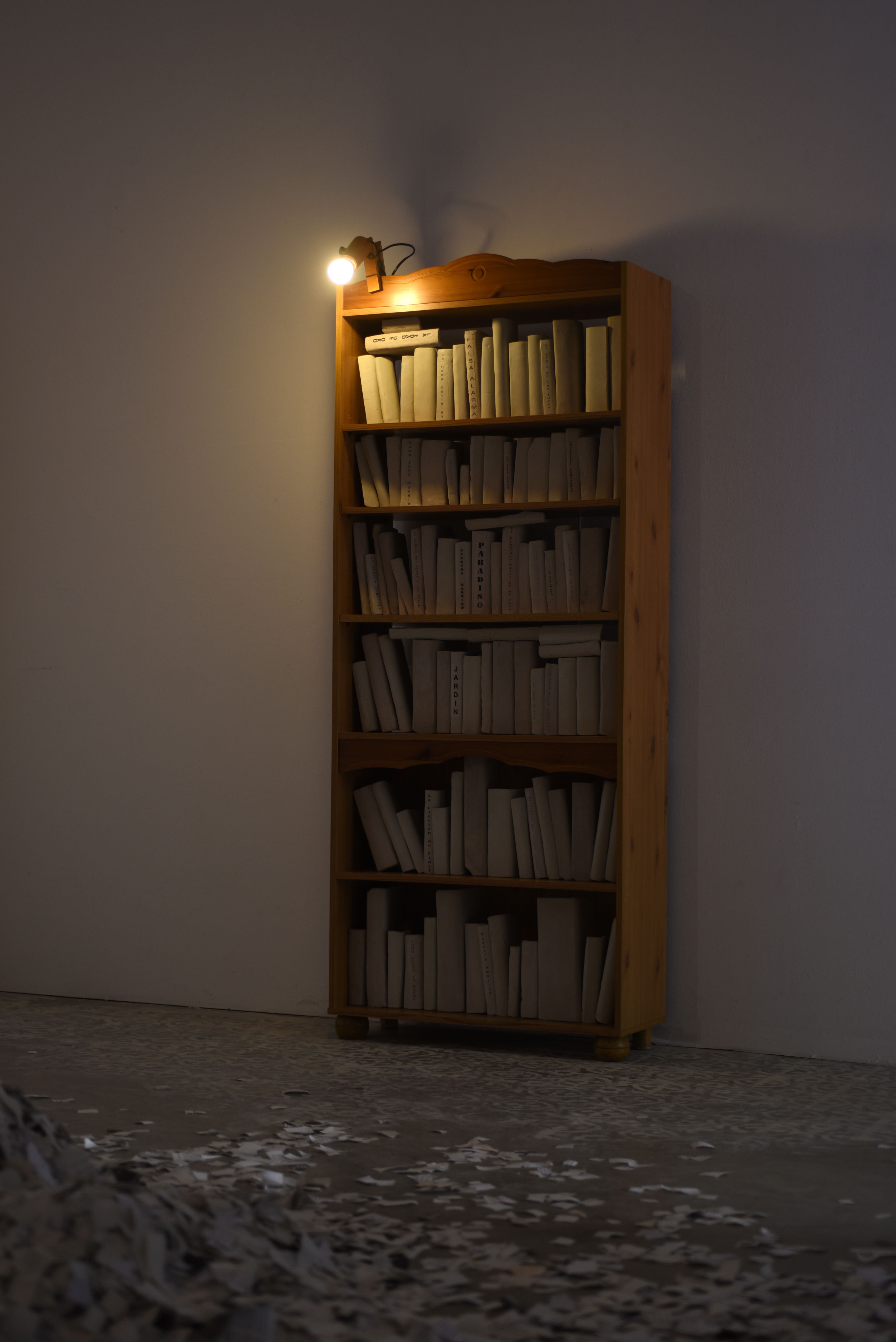 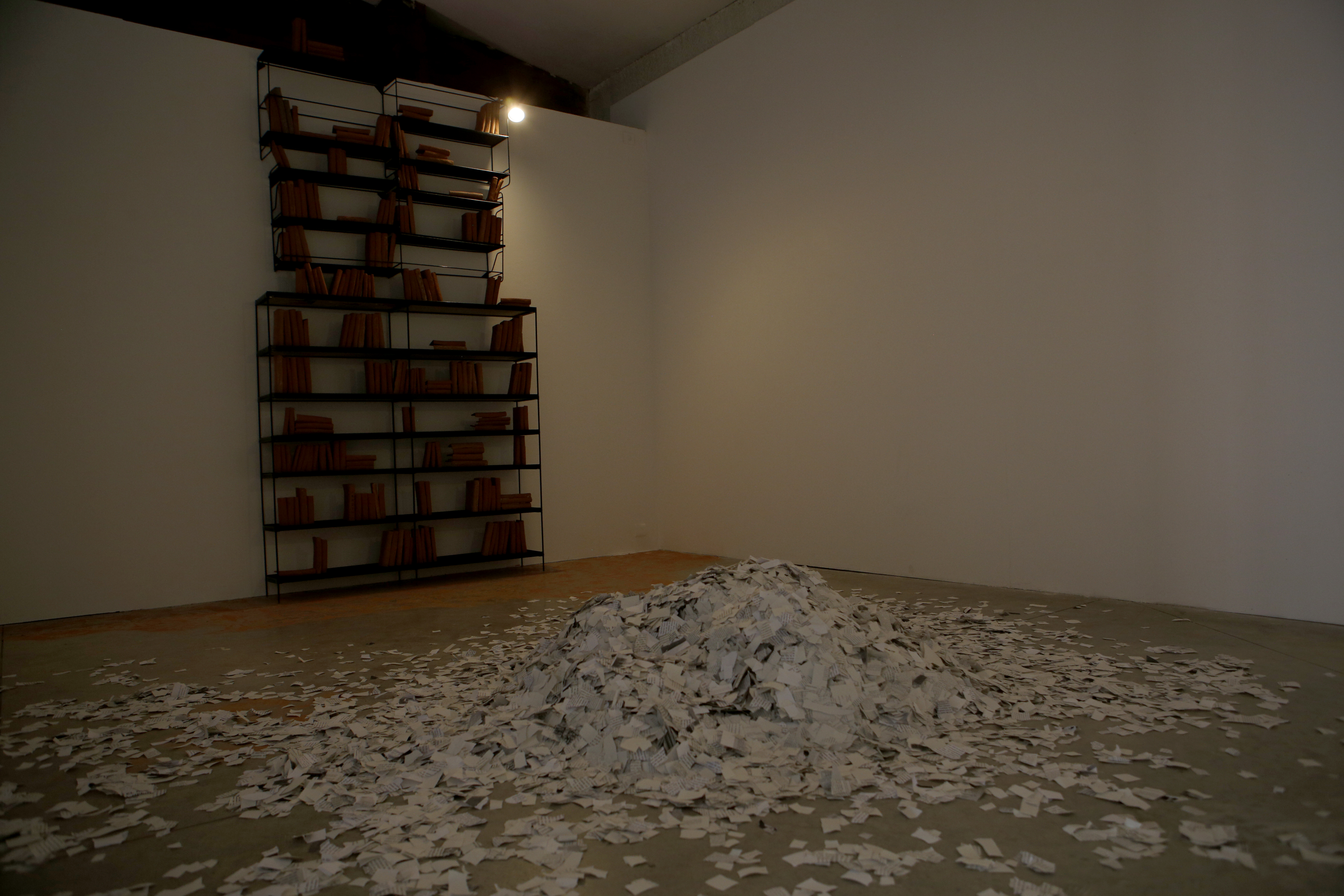 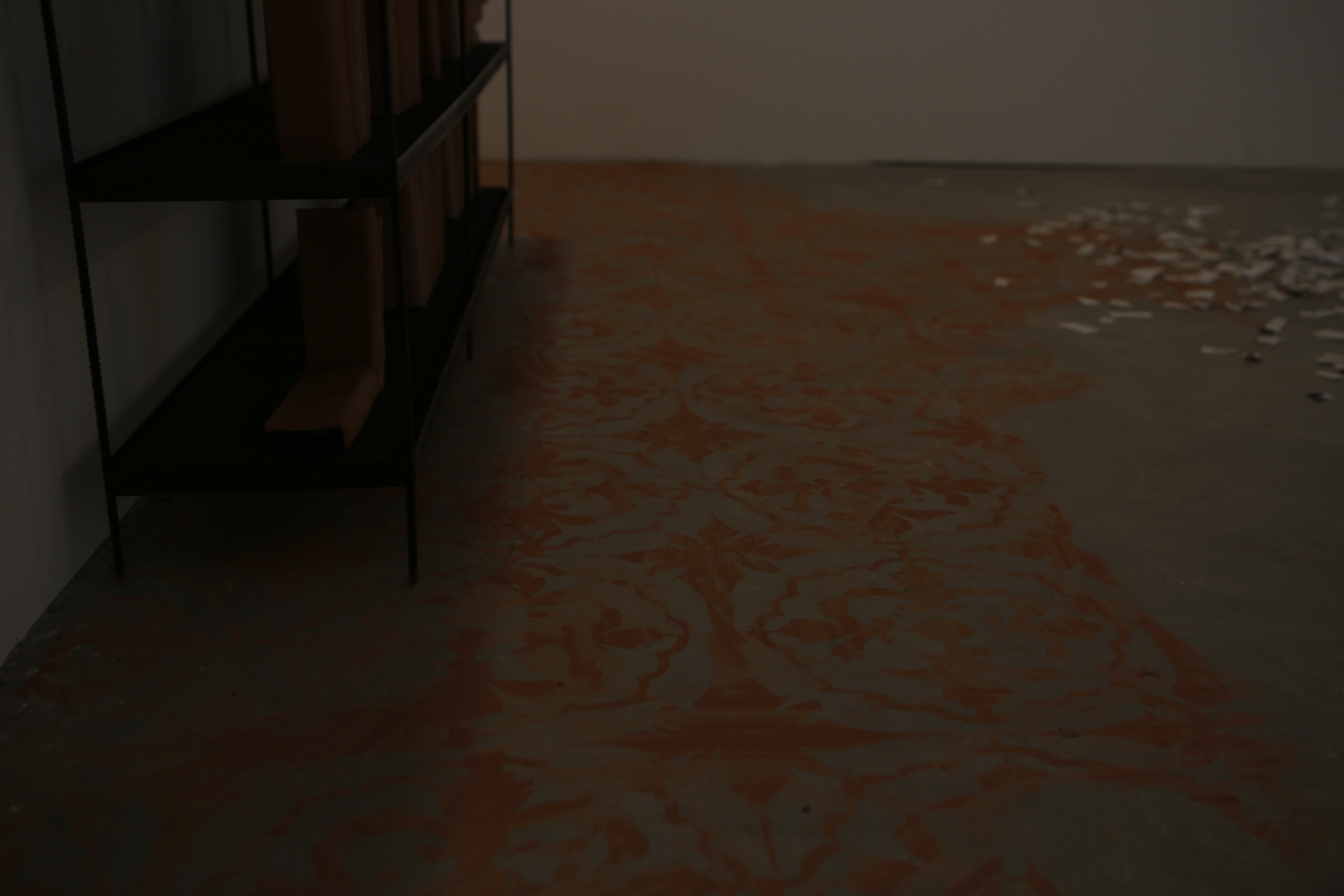 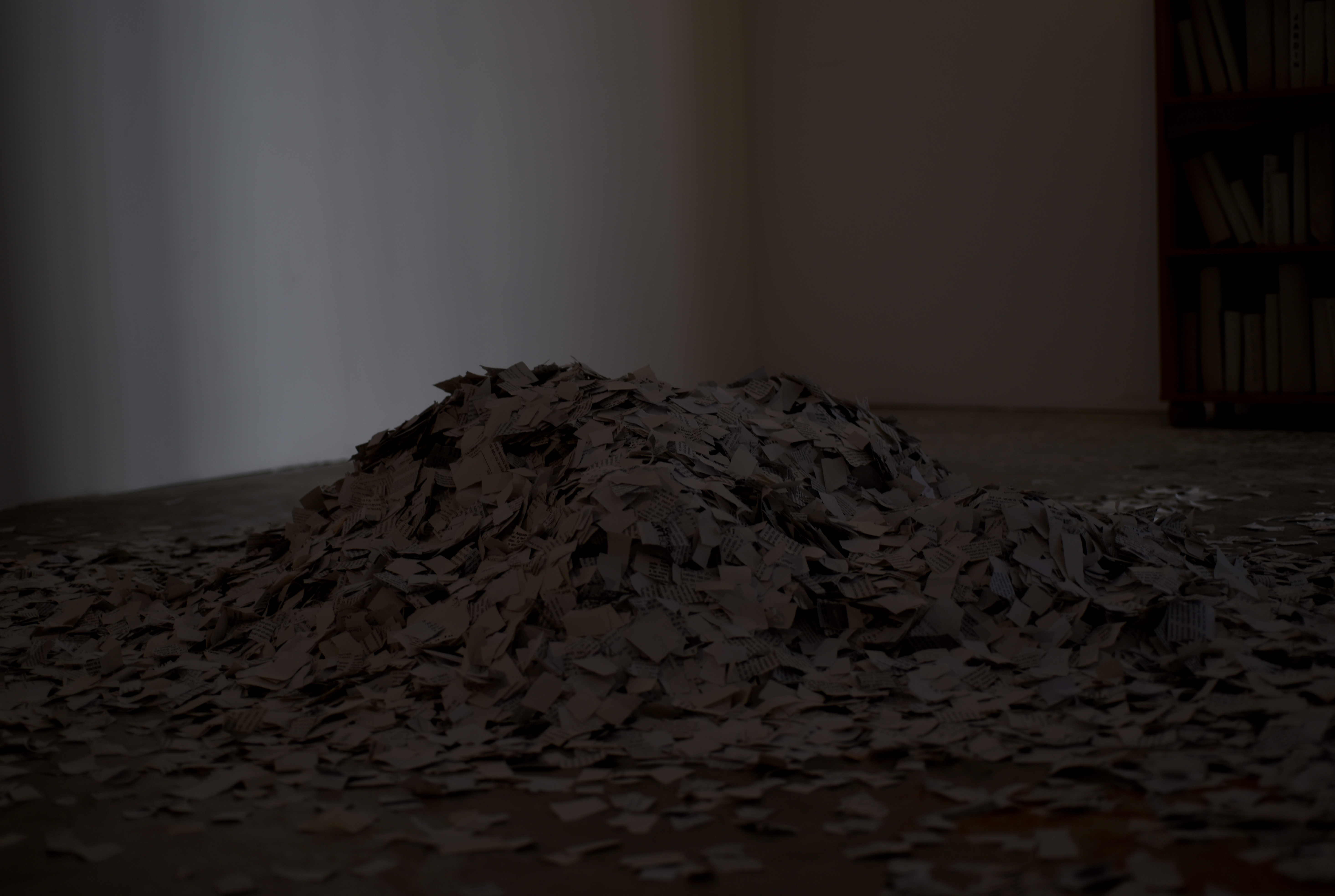 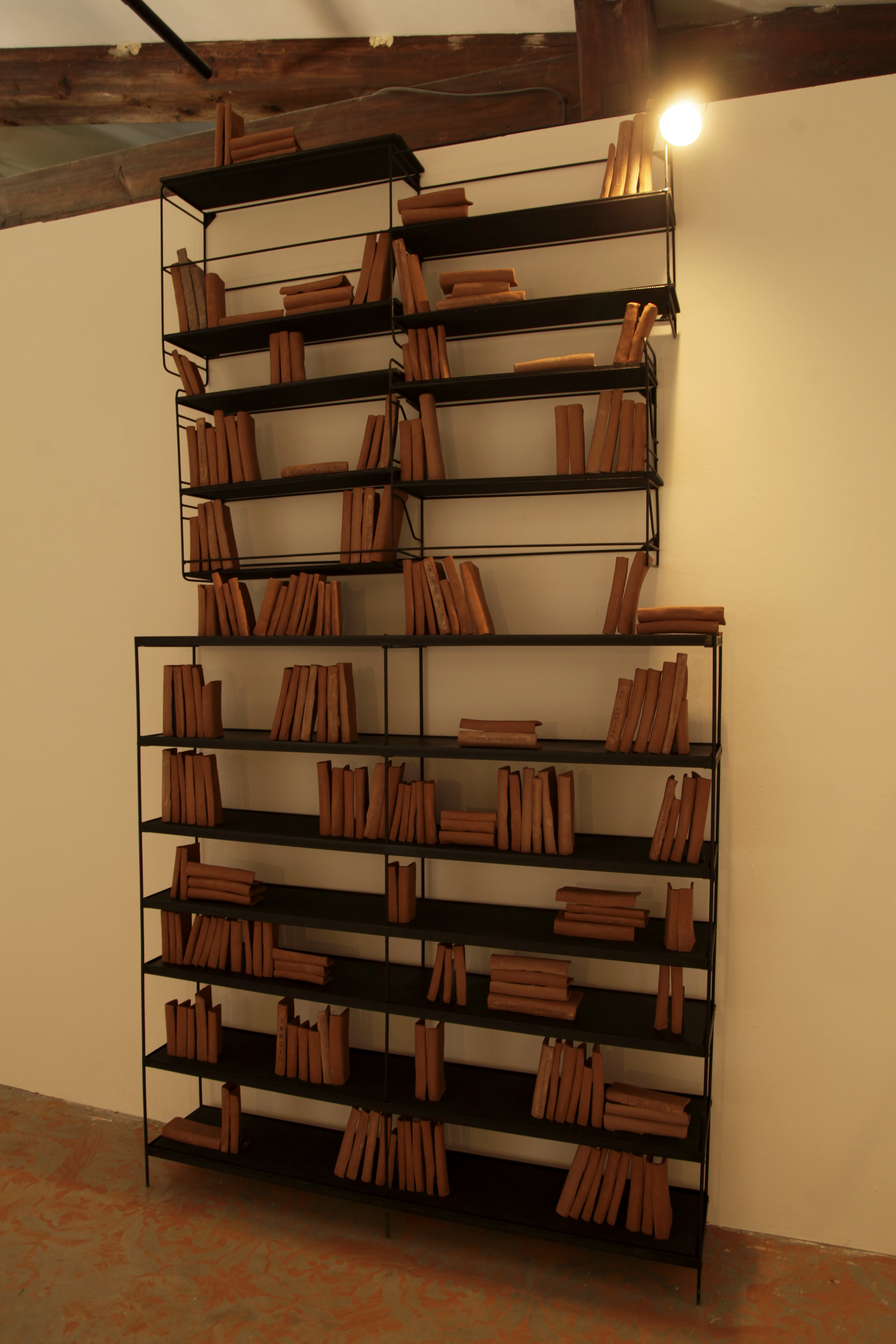 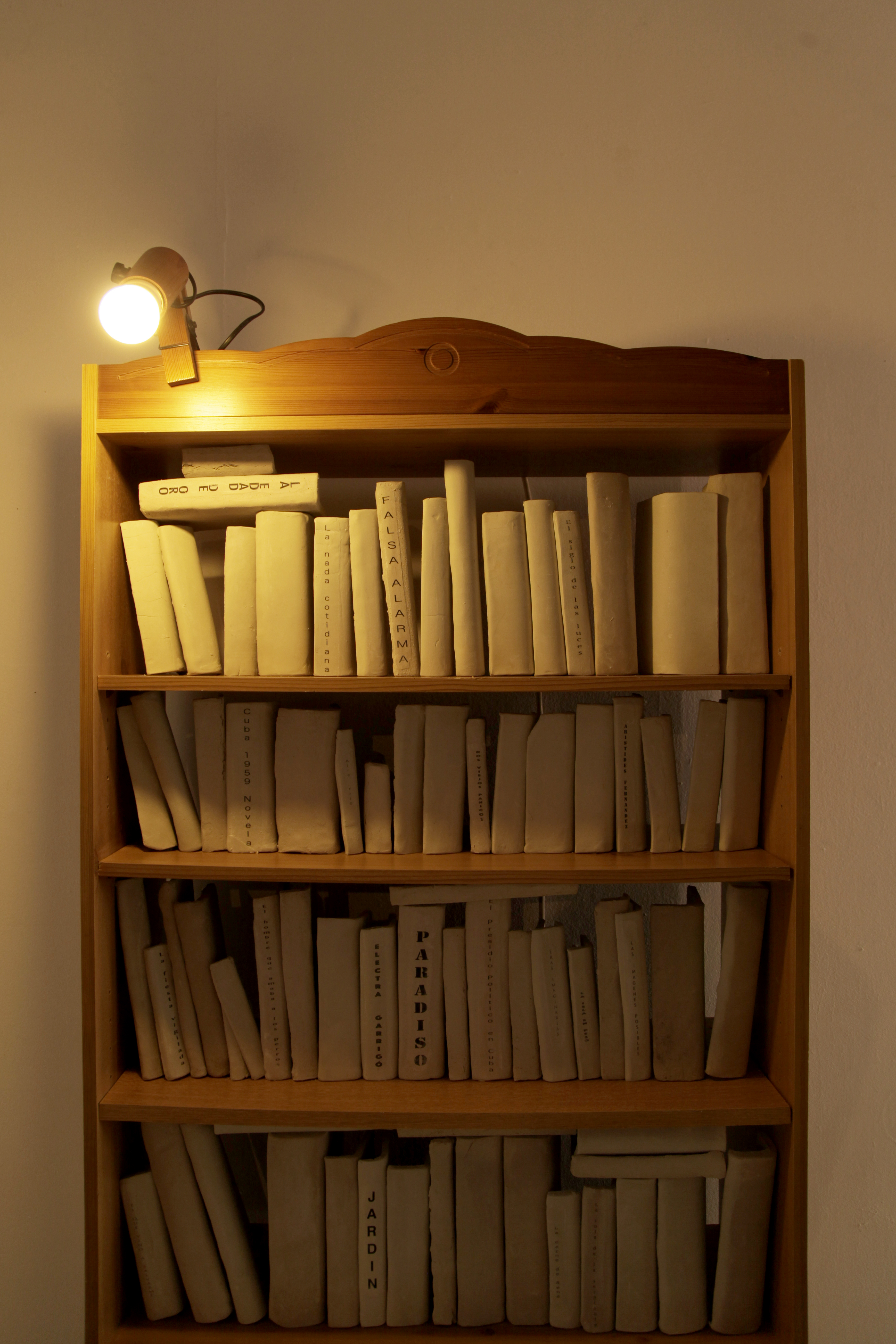 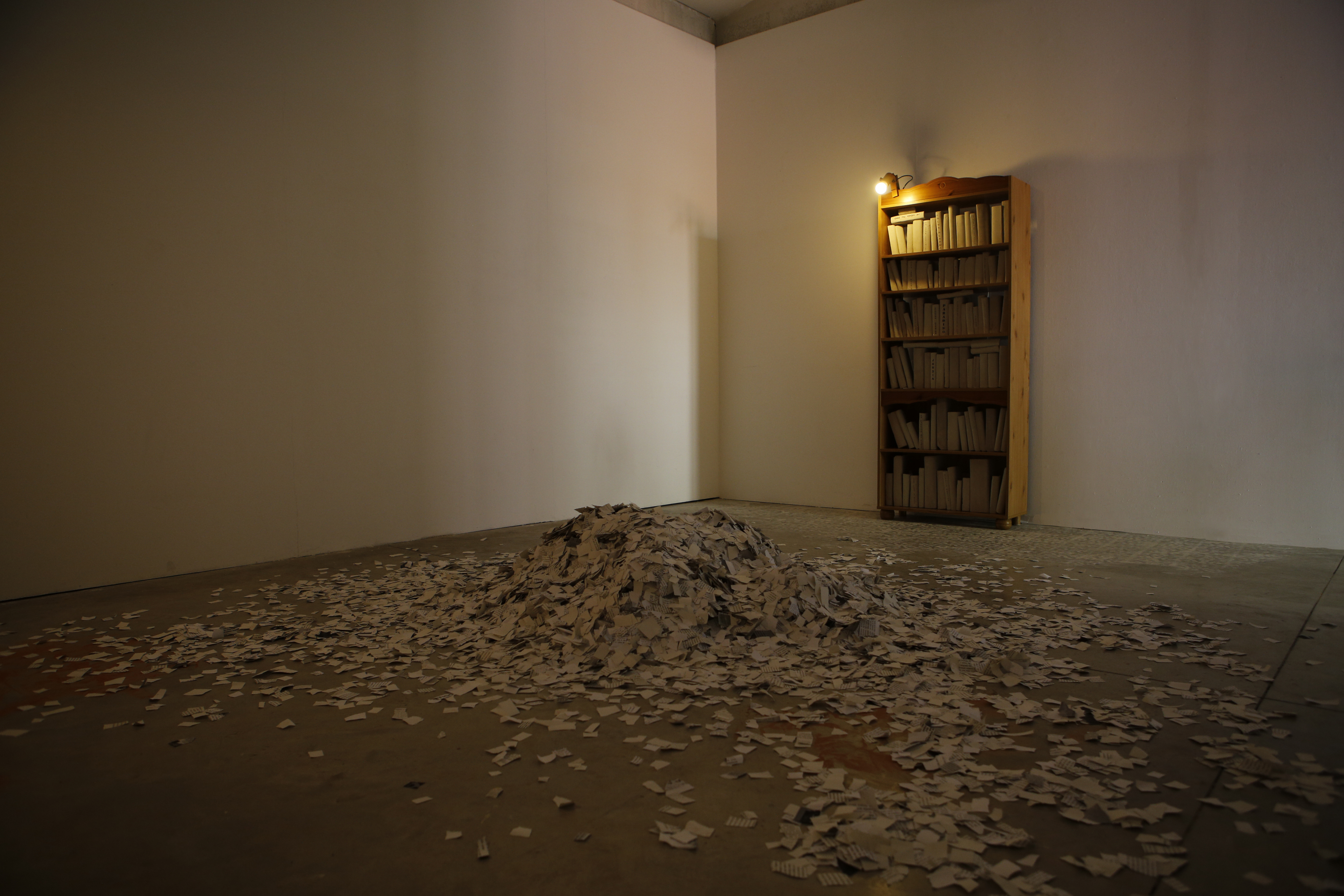 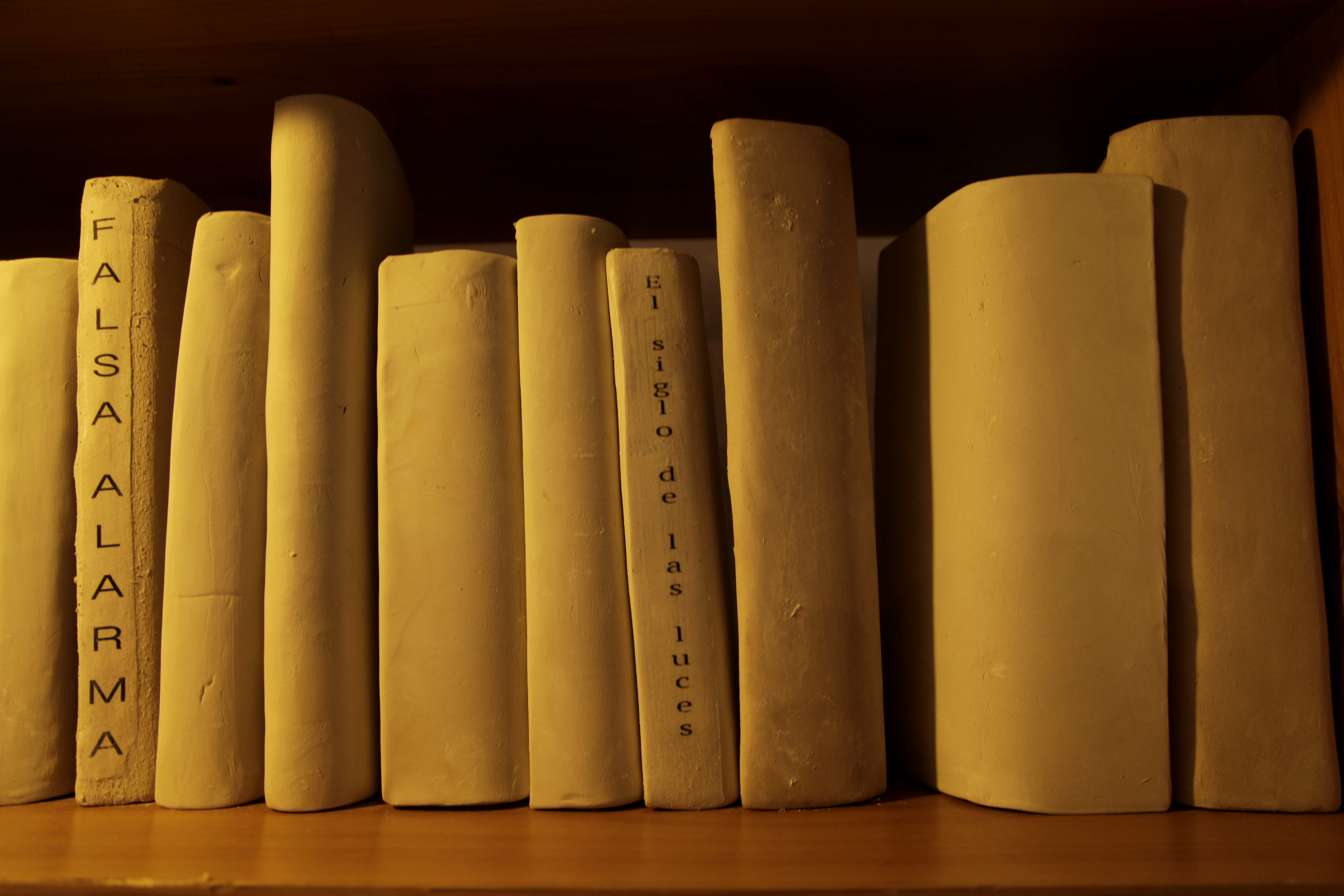 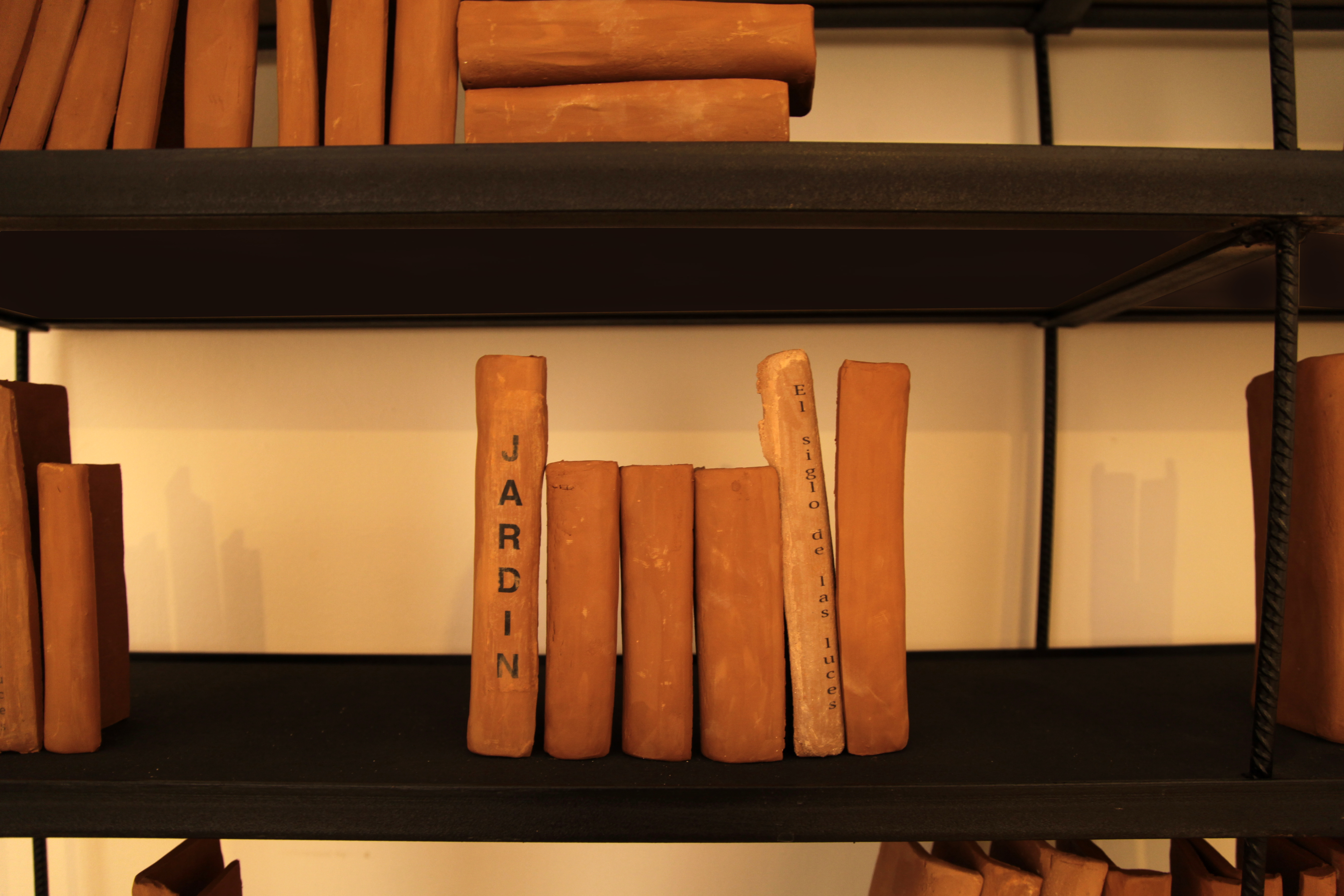 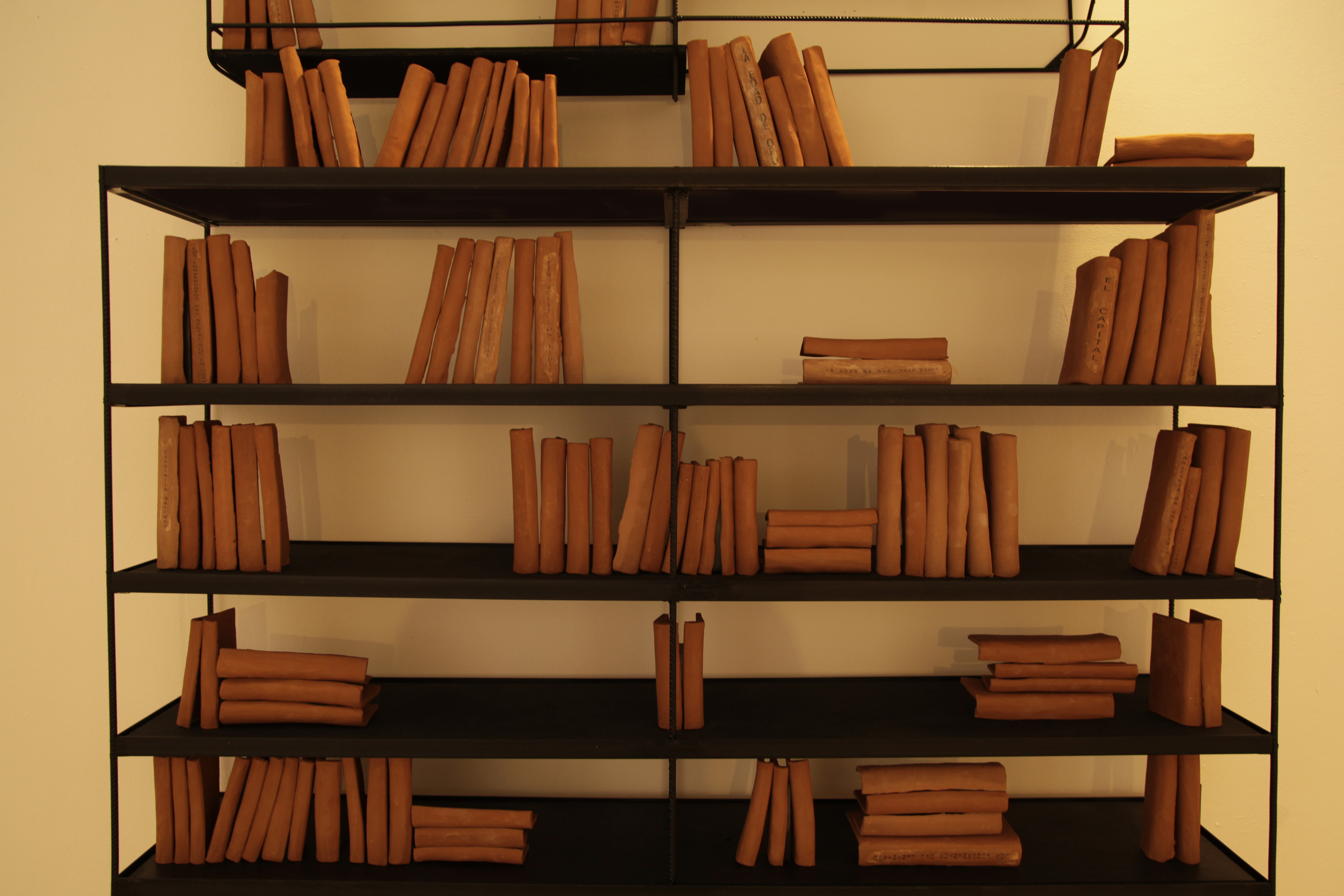