This installation was made at the Royal Bank of Canada in Old Havana, currently in ruins. Speaking in a context where money and economic presence reigned during its golden age, lies this place, a royal bank that has now become past, under the shadows and debris of the oldest of our Havana’s. In the middle of a global economic crisis, from which I’m not sure, if Cuba participates or escapes, economic plans are being drawn. How can Cuba achieve an economical growth of 3.1%, if China proposes to reach 8% this year? Perhaps it would be utopian to think about how a 3.1% growth in our lives can truly be reflected in a country that knows the crisis very well or knows how to differentiate it from blossoming moments in our economy. 2011 is going to be a tough year in which 146,000 state jobs will be definitively abolished and 351,000 public employees are expected to move to other forms of self-employment. I place this repetitive figure in uncooked clay on a column of crude cement. A very illusory 3.1% in a space that was a luxury bank before The Cuban Revolution. Routes, restored or newly placed, each piece proposes to question a true meaning of what that figure represents. 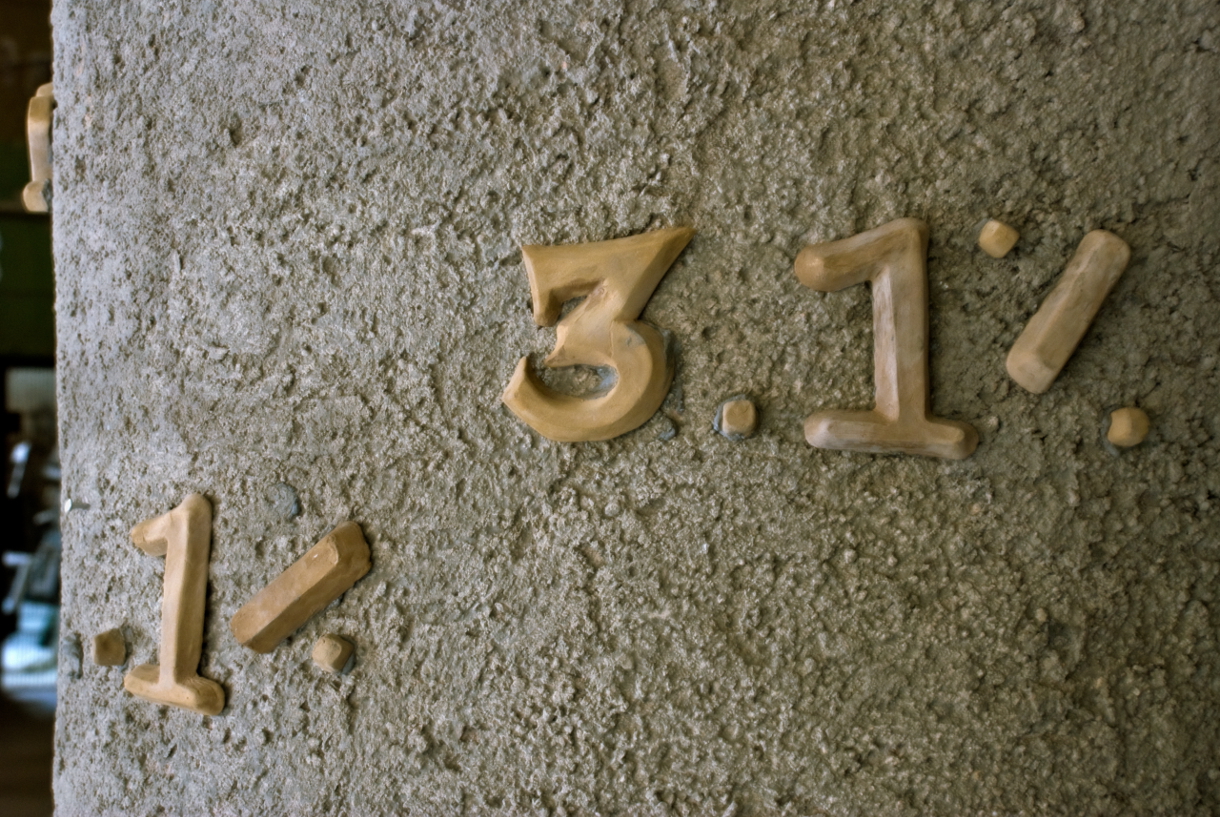 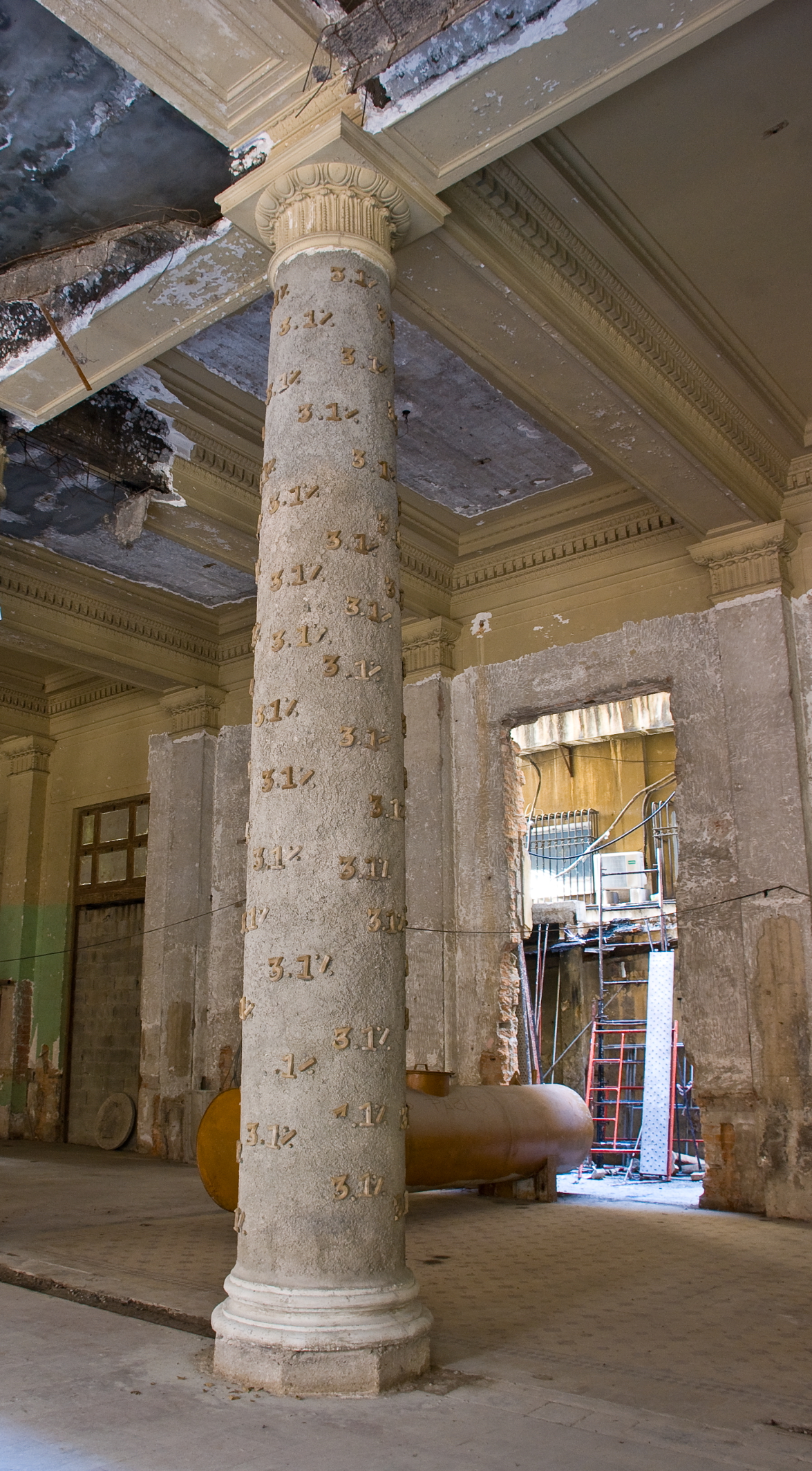