Everywhere exists the desire to preserve the objects, extending its useful life. The objects in general in my work acquire human characteristics. The fan as an equipment that is used to give air and, at the same time due to its use, generates in itself an overheating of the motor. In my house, this concern became a somewhat absurd obsession. When a fan is turned on, it is necessary to prepare another one as a replacement for when the one in operation is overheating. That’s why, we have a good amount of fans. To release myself from all responsibility and concern, I installed a group of fans in a circle, so that they interact with each other refreshing themselves. Each fan is running to cool the fan in front and at the same time, has a neighbor working at his back. So, all fans are working together without “suffering” in isolation.

As part of the exhibition Appartés number 4 at Gallery Domi Nostrae, Lyon, France 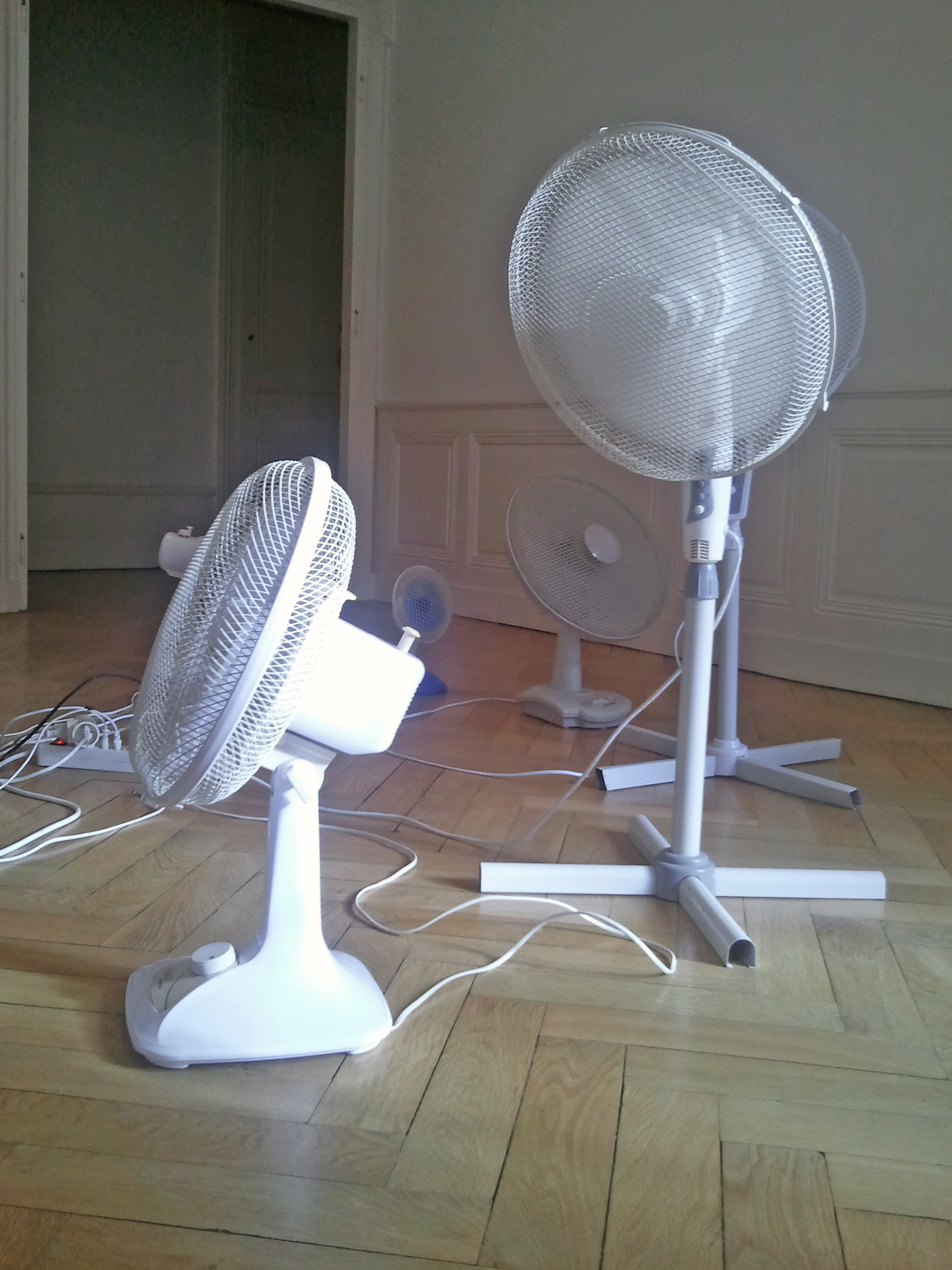 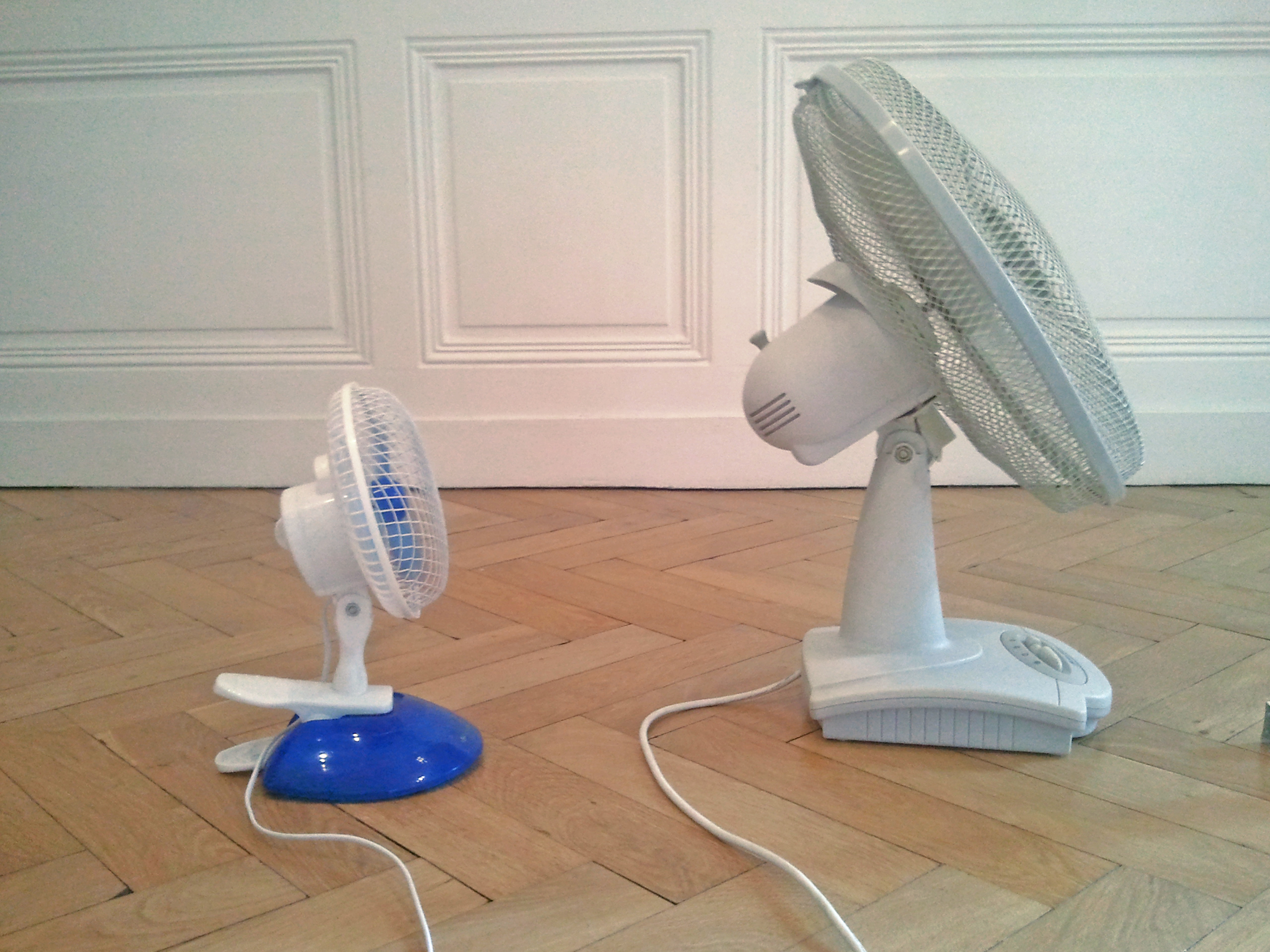